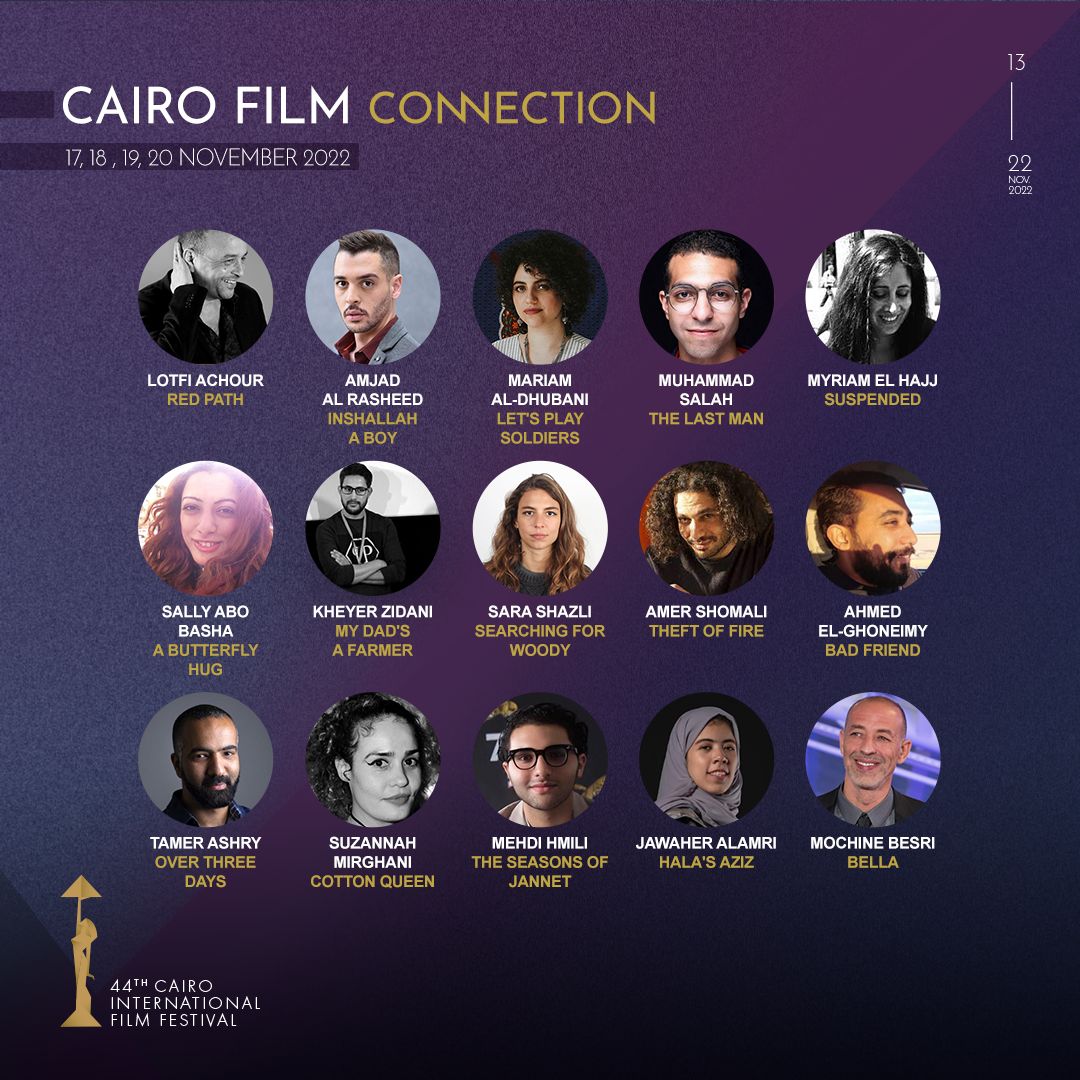 Cairo Film Connection revealed its lineup of film projects that have been selected to take part at its 9th edition that will be held during the 44th Cairo International Film Festival (13 – 22 November) as part of Cairo Industry Days.

On the other hand, Lynda Belkhria, Manager of Cairo Film Connection, stated: “Through Cairo Film Connection, we want to consolidate the relationship between Arab industry and the international cinema by offering a selection of promising projects from ten countries of the Arab world that highlight different stories that reflect the reality of the situation faced in these countries.”

“A balanced selection between documentary and feature narrative, reflects the desire and the urgency of a diversified approach to storytelling, from the realistic to the pure fiction. We tried to create an organic selection in which every film is represented through its unique voice. Projects that reflect both the innovative strengths of the voice of the new generations of filmmakers, in a specific where the industry is facing harsh difficulties while the desire for original stories and creative filmmaking is ever growing.”

To be eligible for submission to Cairo Film Connection, projects must be directed by filmmakers of Arab nationality or origin and be a work of feature-length fiction or non-fiction in development or post-production phase. Also to be noted, the director of the project must have previously directed a minimum of one film, whether that is a short or feature-length project.

Cairo International Film Festival is one of the oldest-standing film festivals in the Arab world and Africa and the only festival in the region to be accredited as an (A) festival by (FIAPF) – the International Federation of Film Producers.