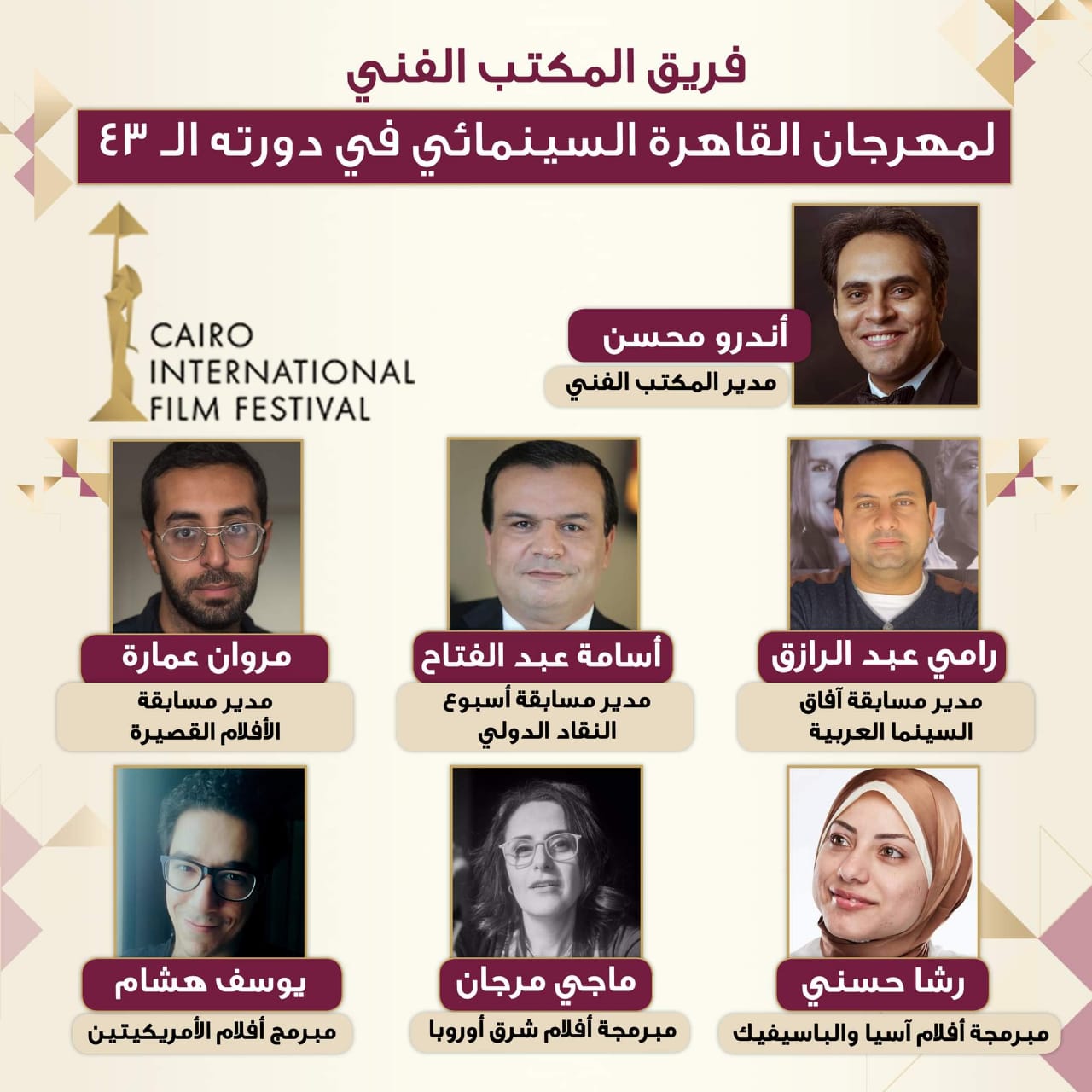 The management of the Cairo International Film Festival (CIFF) has settled on the new formation of the festival’s programming team for its 43rd edition with film critic Andrew Mohsen appointed as the director of the Artistic office.

Previously, CIFF decided to bring forward its 43rd edition to kick off on 26 November with the closing ceremony set for the 5th December. This was done taking into consideration the ever shifting schedule of several important festivals and film industry events, especially in the Arab World.
The decision to bring forward the 43rd edition came after a deep look at the international and Arab film festivals’ agenda, with hope that the new dates will allow journalists and filmmakers to attend the various festivals and engage with the latest productions and cover the different events.
The festival will hold its 43rd edition, while ensuring that all the necessary safety precautions are taken and following guidelines from the Egyptian government and the World Health Organization to ensure safety for all, including the Festival’s team, participating filmmakers, and the audience.
Cairo International Film Festival (CIFF) is one of the oldest cultural events in Africa and the Middle East, and is the only festival in Africa and the Middle East to be accorded category “A” status by the International Federation of Film Producers Associations (FIAPF) in Paris.