by Mohamed Khaled
/
122 Views
No Comments 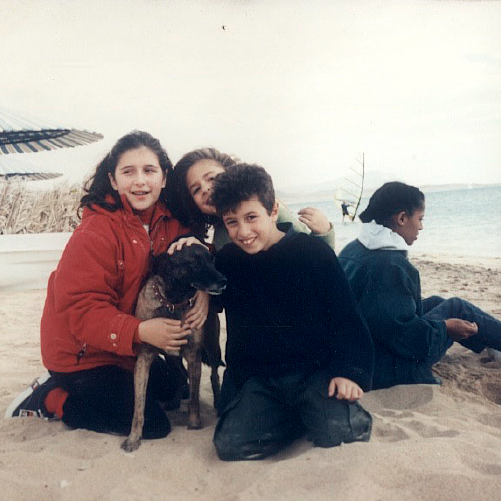 Sara is Egyptian; she is thirty years old and still feels like the child of her mother Marianne, who is the niece of iconic Egyptian filmmaker Youssef Chahine. Obsessed with the idea of cutting the umbilical cord and taking possession of her own life, Sara decides to move out of her childhood apartment and into a small house in the suburbs of Cairo. While Sara supervises her new home coming together, she remembers her childhood in Cairo and Woody, the Ethiopian nanny who raised her. The few reminders she finds of Woody take her back in time to when she is ten years old and a solitary little girl who lives with Woody and her workaholic mother. Family archives and images of the present merge, and childhood dreams and harsh reality confront one another. Will Sara be able to free herself from the burdens of the past before becoming a mother herself?

Sara Shazli graduated from the American University of Paris with a degree in film studies and studied fine arts at Concordia University in Montreal. After graduation she returned to Egypt and worked as an assistant director and photographer on set. She then completed the three-year program at The International Film and TV School (EICTV) in Cuba, specializing in directing fiction.

Parallel to her cinema studies, Shazli worked as an archivist at the French Cinémathèque in Paris and is now responsible for the archives department at Misr International Films. She is currently developing her second documentary film Searching for Woody and writing her first feature fiction ﬁlm Nour, a film also inspired by her true story.

A Cairo-based filmmaker Marianne Khoury gravitated towards cinema after graduating with an economics degree from Cairo and Oxford. For over three decades, Khoury has collaborated closely with iconic filmmaker Youssef Chahine.

She produces and directs films that engage the audience on an intimate level, tackling themes of identity, memory, and marginalization. She produced and co-produced around thirty feature films and documentaries that won awards in regional and international festivals.

Acting as a conduit between artists and the cinema industry, Khoury was instrumental in introducing the first edition of the Panorama of the European Film in Cairo in 2004 and established the first art house cinema in Egypt, ZAWYA.

Her latest initiative, The Dahshur Workshops, is dedicated to the mentoring and development of films made by emerging Egyptian and Arab talent. Khoury served as a jury member in major festivals and a consultant to prominent cultural institutions. Her latest film Let’s Talk was selected to take part in the 32nd edition of IDFA International Documentary Film Festival Amsterdam and won the Audience Award at the Cairo International Film Festival in 2019.

« Over Three Days » The Seasons of Jannet