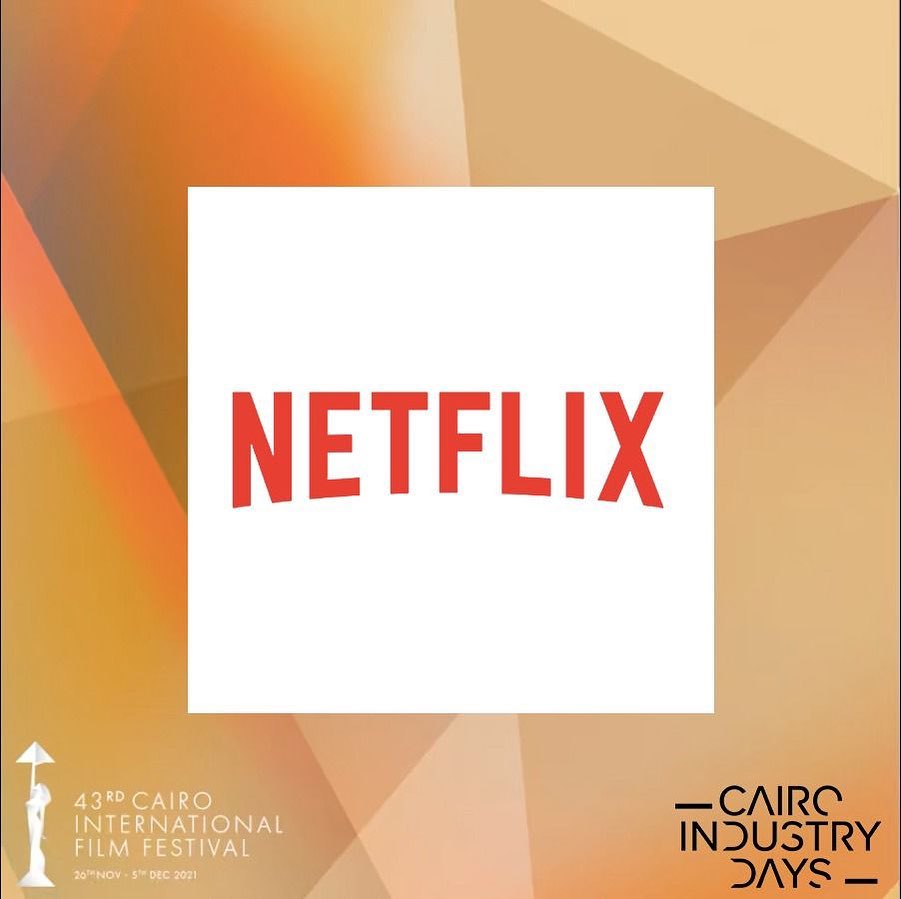 Cairo International Film Festival (CIFF) has partnered with Netflix to host a number of industry activities at the fourth edition of Cairo Industry Days (CID). CID is held in partnership with the Arab Cinema Center and will take place from December 1st to 5th, 2021 at the Cairo Opera House.

The activities held at CID include masterclasses, workshops, and panels with Netflix Executives as well as Netflix Arabic series producers and cast. The sessions aim to explore important topics related to the Arab entertainment industry and share learnings and best practices with Arab talents.

One of Netflix’s most prominent activities at CID includes the second edition of ‘Because She Created’, an initiative that aims to amplify the voices of women filmmakers and talents and bring to light the evolution of women’s roles in Arab entertainment industry. The session is hosted exclusively at the 4th edition of the CID and will feature a discussion with one of the Arab world’s most renowned stars, Hend Sabry. In this session, Hend will talk about her journey as the executive producer of Netflix’s upcoming new series “Finding Ola,” and will share with the audience the possibilities, difficulties, and lessons she has learned as a mother, actor, and producer working in the Arab entertainment industry.

CID will also feature a panel discussion dedicated to Netflix’s AlRawabi School for Girls, the show that landed in the Top10 lists of many countries around the world and was dubbed as a regional pop-cultural milestone. The panel will feature the show’s creator and executive producer Tima Shomali, as well as acclaimed actresses Rakeen Saad and Joanna Arida. The session will focus on the efforts that went into developing and bringing to life the drama-packed teenage story that resonated with viewers around the world.

In addition, CID will see a masterclass titled “Rootworth Characters” by Christopher Mack, Netflix’s Grow Creative Director. The masterclass will look at what makes characters reach an iconic status and be loved millions. Chris will also explore some of the most famous cinematic characters ever to grace the screen and why they achieved rootworthy status.

Netflix will also share its best practices and key industry learnings in its post-production workshop led by Karim Boutros Ghali, Netflix’s Post Production Manager for the Middle East. Karim will outline the process that works best in the TV and Film industry touching on creativity, budget efficiencies, and scheduling, as well as the most common post-production mistakes. The workshop builds on real-life examples, deconstructing processes adopted on the latest Netflix series.

CID is a programme co-hosted by the Arab Cinema Center (ACC) to encourage the Arab region’s cinema. It is a crucial venue for discussions, seminars, masterclasses, and cooperation opportunities between Arab talents and significant industry leaders from the region and throughout the world.

The 43rd Cairo International Film Festival, which is scheduled to take place on November 26 till December 5, 202, will take into account all preventive steps in compliance with Egyptian government and World Health Organization rules to ensure the safety of participating filmmakers, the general audience, and festival personnel.

Cairo International Film Festival is one of the oldest and most attended festivals in the Arab world and Africa. Furthermore, the International Federation of Film Producers Associations in Paris has accredited it as a category “A” festival, making it the only one in the Arab and African region (FIAPF).