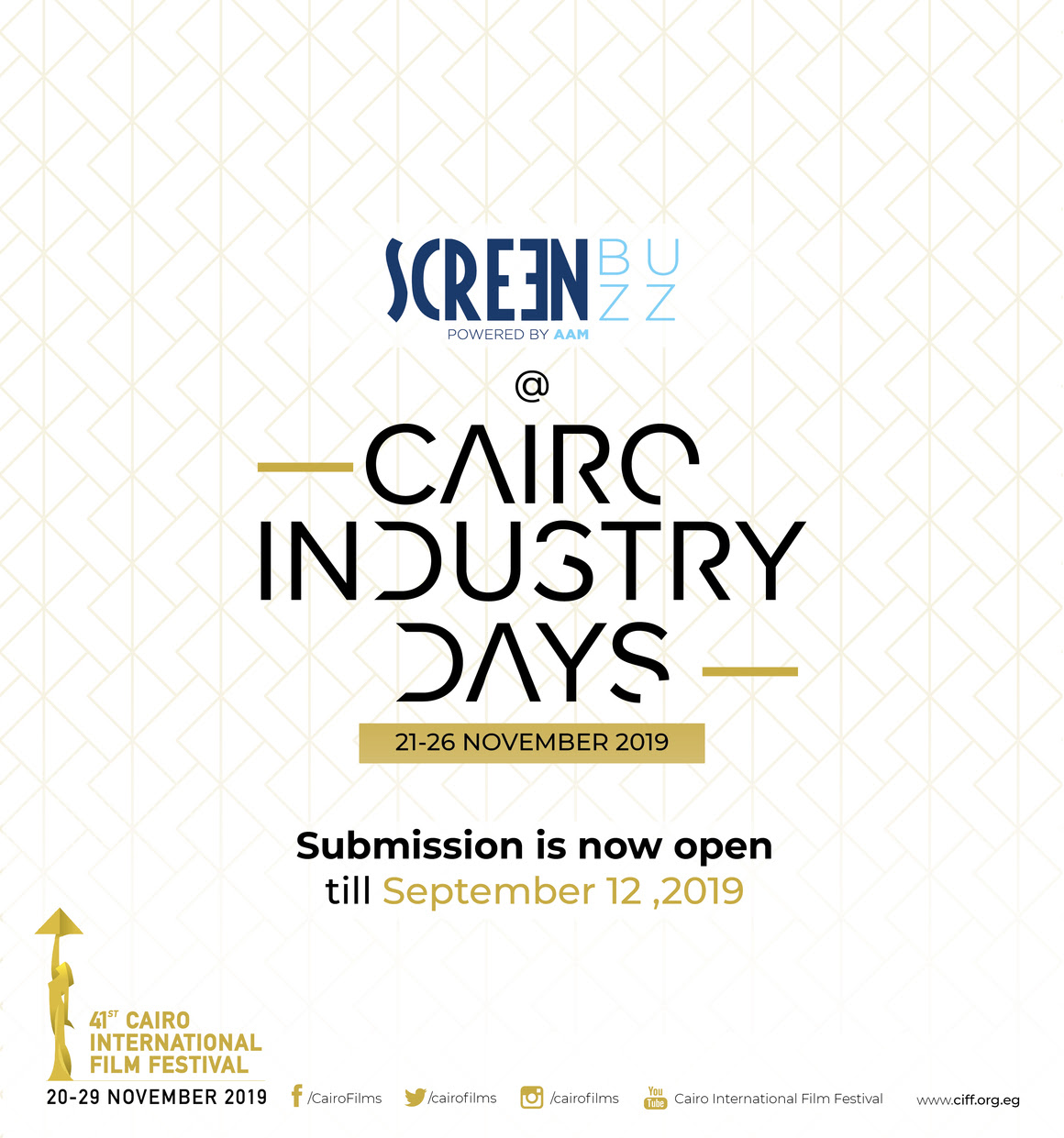 Cairo International Film Festival has announced the call for submissions for the second Screen Buzz annual TV Script Development workshop in partnership with Cairo Industry Days (21-26 November, 2019). The workshop will focus on screenwriting for TV projects from the Arab world, offering participants the opportunity to develop their TV scripts with top Hollywood industry experts who have achieved global success.

The submission is now open until September 12th, 2019. Screen Buzz is looking for the best TV projects in their script development phase written by Arab talent residing in the MENA region.

This is the second year for Screen Buzz workshops to partner with CIFF, led by Festival President Mohamed Hefzy who says, “Screen Buzz has greatly contributed to discovering and developing amazing stories written by talented Arab TV writers through its TV script development workshop last year. I’m positive that this year’s workshop will fulfill its goal and further the success of the Cairo Industry Days.”

Aaron Lobel, Founder and President of AAM, also comments, “We are eager to come back to Cairo, the heart of the entertainment industry in the Middle East, to partner with CIFF and work with more of the region’s best talent to develop their important stories.”

Jessica Mecklenburg said of her experience in Cairo in 2018, “It was a real pleasure to help each individual writer craft their story, find stakes, find scope, find definition for character. Everyone came in with such strong ideas of what they wanted to tell, and stories that really do deserve a platform.”

Powered by America Abroad Media (AAM), Screen Buzz is an innovative series of creative workshops bringing top Hollywood writers, directors and producers to the Arab world to support local storytellers in the creation of original, purpose driven content for global audiences. The workshops provide access to leading Hollywood experts to help build the capacity of the most promising Arab writers, directors and producers in the entertainment industry. The curriculum includes interactive sessions which encourage professional collaboration between the Hollywood mentors and local participants, critical thinking and the exchange of ideas. In addition, the workshop participants have the opportunity to attend one-on-one meetings with the mentors to pitch and develop their scripts.

AAM is a non-profit organization that champions global storytelling through the power of entertainment. AAM’s vision is to bring together the best of Hollywood with the creative community in the Middle East to empower a new generation of storytellers in the region to produce original content that promotes positive change and shared universal values.

Cairo Industry Days is the industry platform of the Cairo International Film Festival that first launched during the 40th edition of the festival.Cairo Industry Days, in partnership with Arab Cinema Center, provides an important space for discussions, networking, meetings, workshops, masterclasses and partnership opportunities between Arab talents and regional and international key industry professionals to further support Arab Cinema.