by Mohamed Khaled
/
103 Views
No Comments 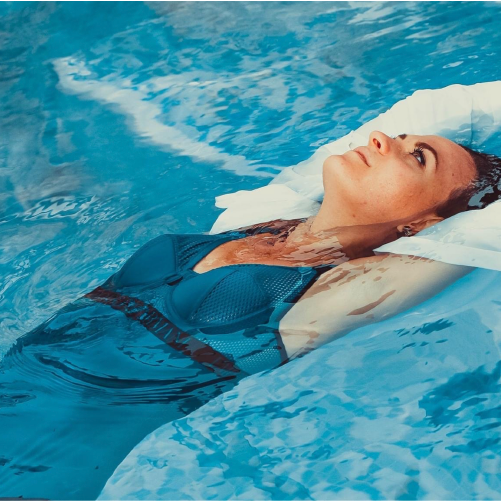 Shireen, a woman of forty-two, agrees with her husband to begin a three day time limit to decide whether she wants to remain married to him or get a divorce. Time is up when Shireen discovers that her husband will get married to another woman in order to become a father after they have failed to have a child together for the past ten years. The married couple fights and Ahmed departs from home, leaving Shireen alone. She spends the first day trying to get a grasp on things and attempts to be sensible when dealing with everything, including being honest about not wanting a divorce for fear of society’s judgment and being alone. On one exceptional day when Shireen is about to complete a deal with Samer, the Jordanian investor, she becomes lost and keeps an eye on the new girl. She decides to hunt for her husband’s attention, tries to make him feel jealous and creates alibis to get back with him. However, Shireen discovers that her wedding ring is lost. She spends the night alone without a minute of rest because of the noise left by a neighbor doing construction work at his apartment and neglecting her complaints. The next day, Shireen gets upset at being hesitant to follow the plan she always dreamt of putting into action and expresses her needs out loud. She destroys her mean neighbor’s door, announces her desire for promotion to her boss, chases Ahmed everywhere and quarrels with him, and finally kisses one of her younger male colleagues and dances with him in a nightclub over loud local music. She ends the night in Samer’s arms at a hotel room to satisfy an old whim. After all these escapades, Shireen realizes that all she really wants to do is hug a stray cat, which she found on her balcony and think of her future decisions. On the morning of the third day, Shireen gets up to face her father, boss, loves, and eventually her husband by telling him her final decision at the end of their time limit.

Tamer Ashry is an Egyptian director and producer who has 20 years of experience in filmmaking. He worked as a director, producer, screenwriter, editor, and cinematographer in a number of feature films, documentaries and television films in the Arab world, in addition to directing and producing several ads for TV.

Ashry joined the cast of international films such as Trials of Spring (2015) by the Oscar-nominated director Jenny Riecker, and the documentary film Sacred (2016) by the Oscar-winning director Thomas Lennon.

After nine years of experience in filmmaking, Ashry made his directorial debut in 2017 with the feature film Photocopy, in which he portrays an exceptional love story between a man and a woman who rediscover the meanings of love and life. Photocopy won many awards, including the El Gouna Golden Star for the Best Arab Film at El Gouna Film Festival, the Best Feature Film at the Tripoli Film Festival in Lebanon, the Golden Critics Award for Best Film at the Geneva International Oriental Film Festival, the Audience Award for Best Film at Malmö Arab Film Festival, and the Best First-Time Director award at the Egyptian Film Association Festival. Photocopy was also included in the Egyptian Film Association’s list of Best Five Films produced in 2017.

Baho Bakhsh founded Red Star for Production and Distribution in 2013 to produce a diverse portfolio of fiction and documentary productions that appeal to a wide range of audiences and create a bridge between art-house and commercial cinema. Red Star quickly became one of the most prominent production companies in the Egyptian and Arab World film industry. Being keen on taking part in international film festivals, Red Star films have received a combined 70 international awards and counting.

« My Dad’s A Farmer » Searching for Woody