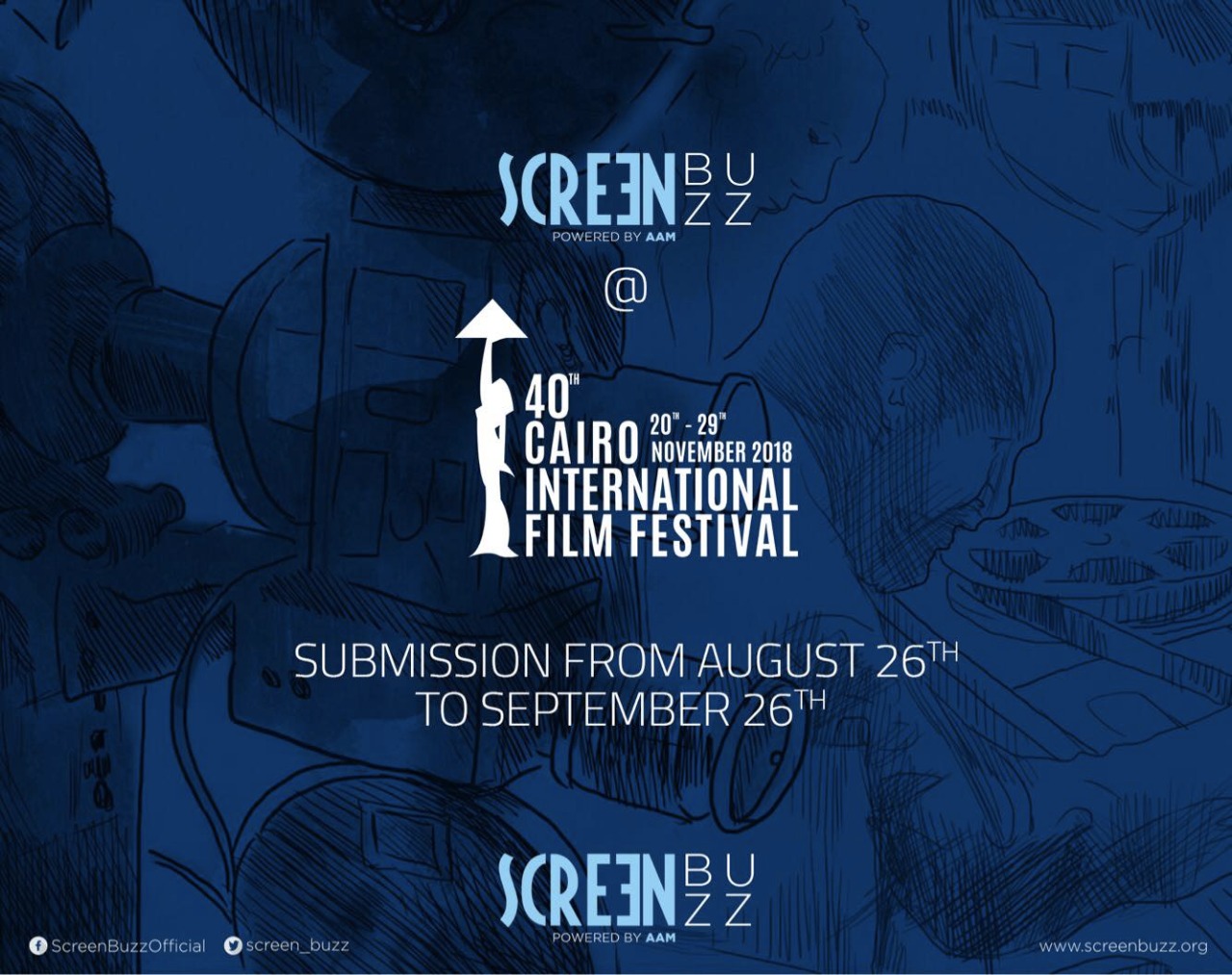 Screen Buzz is excited to announce an intensive 4-day writing for TV workshop, to be held in partnership with Cairo Industry Days during the 40th Cairo International Film Festival starting on the November 27th. Applications will be accepted from August 26th through September 26th, 2018.

Screen Buzz is an innovative series of creative workshops bringing top Hollywood writers, directors and producers to the Arab world to support local storytellers in the creation of original, purpose driven content for global audiences.  The workshops provide access to leading Hollywood talent to help develop the most promising stories in the region. The Screen Buzz workshops are powered by America Abroad Media (AAM), a non-profit organization that champions global storytelling through the power of entertainment.

Dr. Aaron Lobel, Founder and President of AAM, says, “AAM is thrilled to bring Screen Buzz to Cairo, the heart of the entertainment industry in the Arab world, for the first time. We are particularly excited to host the workshop during the acclaimed Cairo International Film Festival, and to bring top Hollywood talent to engage with industry leaders from across the Arab world.”

Mohamed Hefzy, President of the Cairo International Film Festival commented, “As OTT platforms are driving trends in entertainment, the worlds of cinema and television are now merging in ways like never before. That is why we at CIFF decided to offer a special workshop dedicated to episodic TV drama and we very happy to partner with AAM to launch the first Screen Buzz workshop in Egypt at Cairo Industry Days “.

During 2018, Screen Buzz workshops are dedicated to sharpening the skills of screenwriters from across the Arab world. The first workshop was launched, in cooperation with the Royal Film Commission – Jordan, in Amman in April, and its Cairo International Film Festival workshop will be held this November.

The Screen Buzz curriculum provides interactive sessions that encourage professional collaboration, critical thinking and the exchange of ideas. Participants will also have the unique opportunity to practice pitching their projects to the Hollywood mentors during one-on-one meetings. The workshop will follow up on the development of these projects as well.