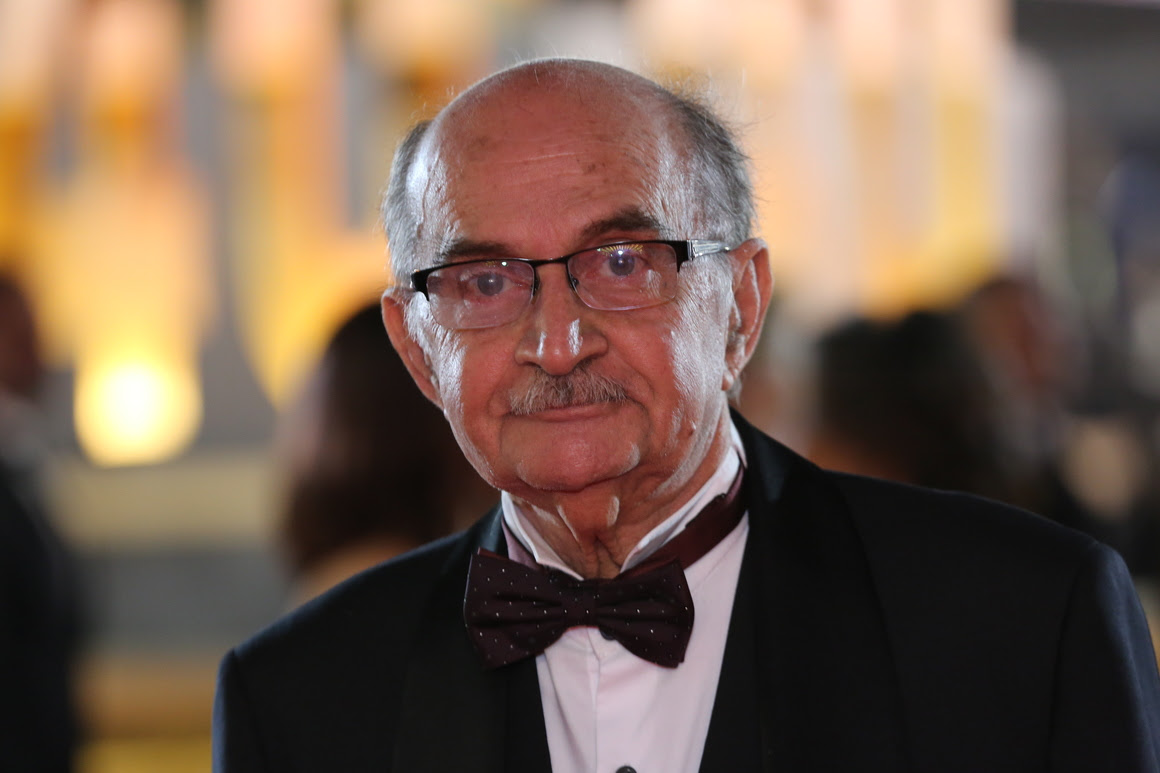 Egypt’s renowned film critic Youssef Cherif Rizkallah, who passed away on 12 July 2019 will posthumously retain the post of the festival’s artistic director

Ahmed Shawky, the festival’s deputy artistic director will take charge of all the artistic duties related to the post

The 41st Cairo International Film Festival scheduled to take place between 20 and 29 November 2019 will be dedicated to Youssef Cherif Rizkallah, the iconic film critic and historian who passed away on 12 July 2019, the festival’s president Mohamed Hefzy announced.

Hefzy stressed that Rizkallah’s decades of work in popularizing and spreading knowledge about a variety of segments of the seventh art, have engraved an important place in the hearts and souls of cinema followers. He added that the extent and depth of Rizkallah’s work in the field deserves much more than just dedication of the festival’s 41st edition to his name.

“We have learned love for cinema from Rizkallah; we hope to continue learning the sincerity towards this field, alongside many values that we often miss from those days,” Hefzy commented.

Honoring the late critic, many activities will be held shedding light on his work as well as he will posthumously remain the festival’s artistic director, a position he held since 2000 edition, after joining the festival in 1987 as artistic secretary.

Shawky who acted as the festival’s deputy artistic director over the past years added that he has learned a lot from Rizkallah and that stepping into his place is a great challenge that he is willing to take, together with the whole programming team.

Following the announcement of Rizkallah being honored by the festival’s 41st edition, his son, writer Ahmed Rizkallah, expressed his appreciation and gratitude towards the festival committee’s decision.

“My father had a three-decades-long relationship with the Cairo International Film Festival; he was also honored during the festival’s 40th edition. Honoring him this year and with such depth demonstrates the festival president’s and the whole team’s understanding of the important role that my father played in supporting the festival throughout the years and spreading the cinema culture in Egypt,” Ahmed Rizkallah elaborated speaking on behalf of the late critic’s family.

Born in 1942, Youssef Cherif Rizkallah completed the Jesuit School and ranked fifth in the secondary school final examination on the national level. He then studied Political Science at the Cairo University graduating with honors in 1966.

Rizkallah dedicated his life to media specializing in film. Following his graduation, he worked at the Egyptian Radio and Television becoming the news editor.

In the 1980s and the 1990s he was in charge of preparing, co-hosting or hosting several programmes focusing on the seventh art: Oscar, Telecinema, The Magic Lantern, among others. He also chaired the Cairo Film Society between 1978 and 1994.

Throughout his work at the Radio and Television and his writings, Rizkallah raised awareness of cinema among the Egyptians, sharing with them the vast knowledge about this field in Egypt, regionally and internationally.  He has also introduced many Hollywood icons to the Egyptian viewers.

Rizkallah was among the jury members of many renowned international film festivals, Strasbourg, Milan, Rotterdam and Montpellier Film Festivals. He also served as artistic director of the Luxor Egyptian and European Film Festival.