Vying for $200,000 worth of Cash Prizes Cairo Film Connection Raises the Curtains on Its List of Partners and Awards

Vying for $200,000 worth of Cash Prizes Cairo Film Connection Raises the Curtains on Its List of Partners and Awards 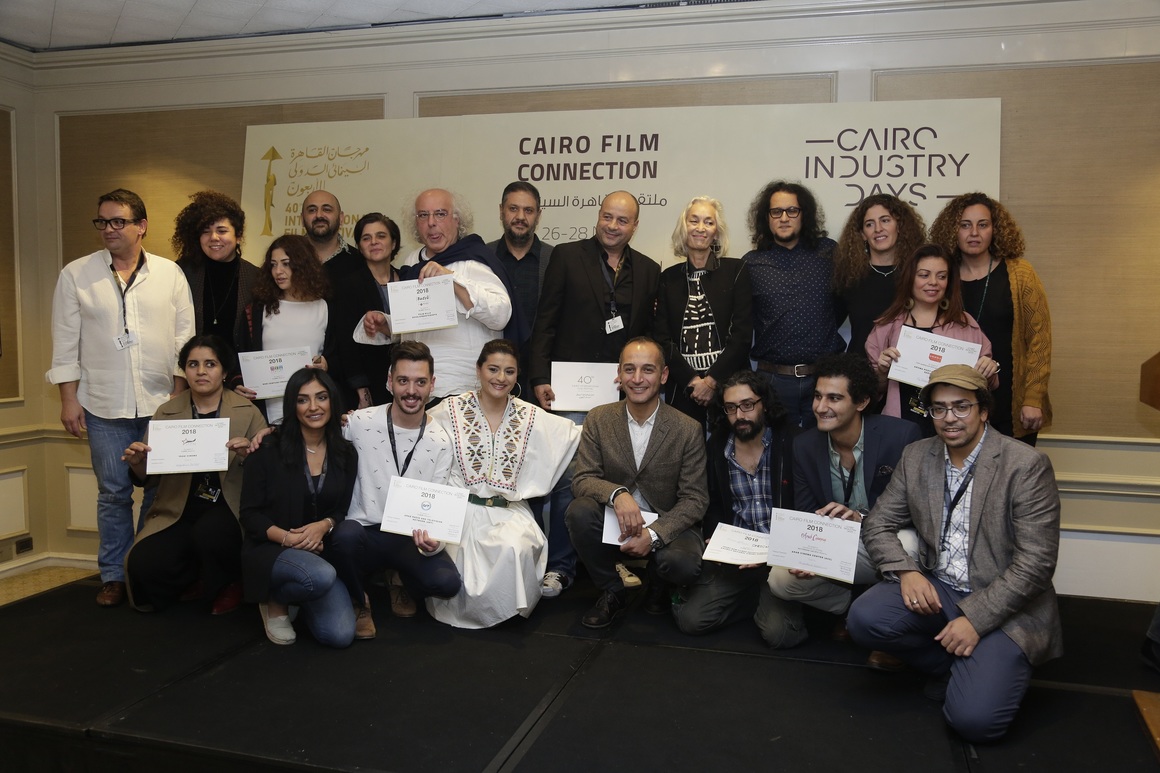 Meriame Deghedi, Manager of Cairo Film Connection (CFC), revealed details on the cash prizes and awards to be presented by the CFC‘s partners to the winning film projects. This year, the platform’s in-kind and cash awards are worth of $200,000 this year, marking the largest cash awards offered sinceCFC‘s launch. This indicates the trust put by the partners and sponsors in this film hub.

The connection with Egypt, Hefzy added, extends to the content core too, with two of its most important film scripts based on novels by Nobel laureate Naguib Mahfouz.

On the other side, Screenwriter-director Michel Franco, who won Cannes’s Un Certain Regard twice as well as a best screenplay award also at Cannes will be a jury member of the International Competition. Also as an honorary guest in light of honoring the Mexican Cinema, Filmmaker Gabriel Ripstein, winner of the best debut award at the Berlinale in 2015 and son of director Arturo Ripstein, who made the Mexican version of Mahfouz’s “The Beginning and the End”

According to Ahmed Shawki, Acting Artistic Director of CIFF, the film curation process of this edition changed, as each honoree was asked to choose one of their own films and yet another one of the films that influenced them. Arriaga chose his Cannes’ best screenplay award winning film “Three Burials of Melquides Estrada”, directed by Tommy Lee Jones, also while Reygadas chose his Cannes Grand-Jury prize winner film “Silent Light”, which also won him a Best Director Award at Cannes, and Franco chose his Cannes’ best screenplay award winning film “Chronic”, while influencing films include Servando Gonzalez’s “Black Wind” and Arturo Ripstein’s “Life Sentence”.

From his end, his Excellency the Mexican Ambassador to Cairo,  Mr. Jose Octavio Tripp expressed his gratitude on behalf of the Mexican Embassy for CIFF decision to select Mexico as the country in focus of the 41st edition, saying “This decision is an honor for Mexico and its film industry and also an important incentive to explore areas of collaboration between Mexico, Africa and the Middle East. The Cairo Film Festival is opening a window of opportunity to promote a new area of bilateral cooperation considering the enormous prestige of Egypt as a film making nation as well and the presence of experts of both film communities in Cairo this November.”

Tripp, also added that since the start of the 21st century, Mexican filmmaking is experiencing a boom driving the Mexican cinema to a new golden age – characterized by the convergence of creativity, talent and productivity of filmmakers, as Mexico produced 176 movies In 2017 and 186 in 2018, breaking all-time records, and The film industry there grew at almost four times the rate of the overall economy in Mexico.

His excellency Also added, “In the last 20 years, members of the Mexican film crew have won 32 Oscars, five of them for Best Director, five for Best Photography, one for Best Foreign Film and many others in a range of categories. In 2018 Mexican films won 78 awards in 23 countries.”