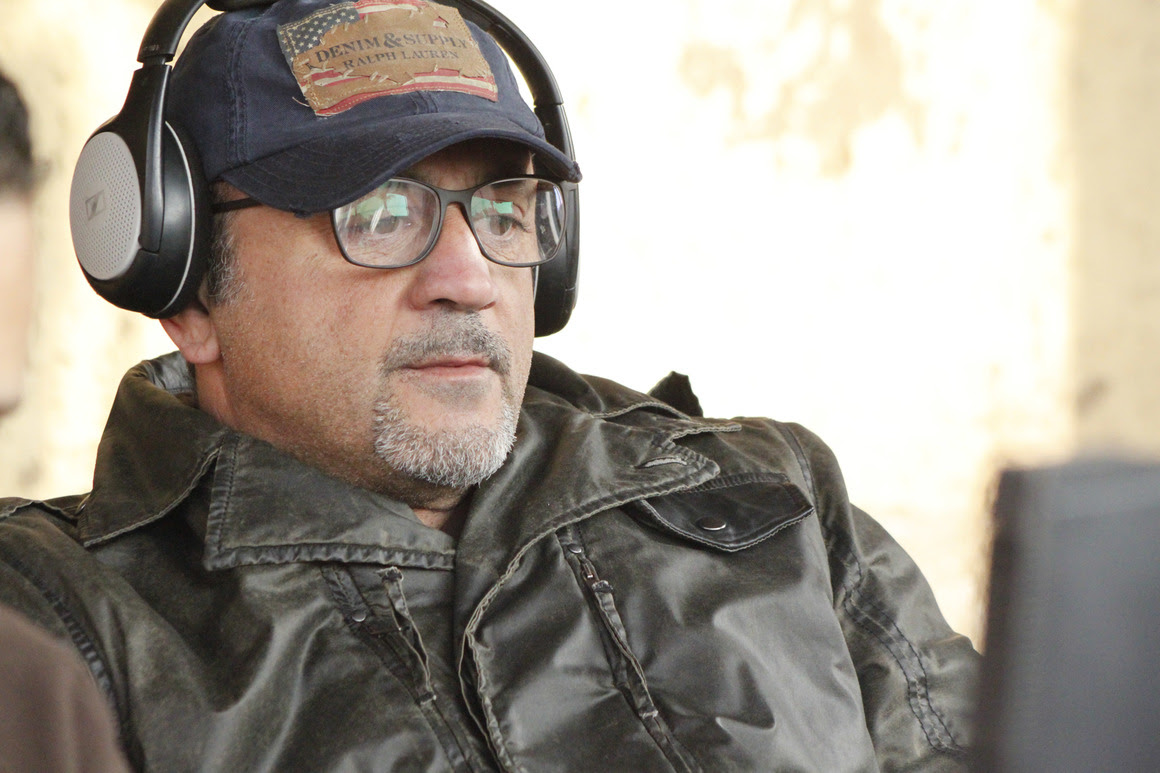 Veteran filmmaker Sherif Arafa will be awarded the Faten Hamama Honorary Award for his lifetime’s achievement at the 41st edition of the Cairo International Film Festival (CIFF).

Over three decades Arafa’s rich filmography of 22 long feature films, included “Al-Le’b ma’a Al-Kobar” (Playing with the Giants, 1990) a masterpiece which was selected one of the best 100 Egyptian films of the 20th century in a large-scale critics’ poll supervised by later writer, former CIFF president Saad Al-Din Wahba during the festival’s 20th edition.

During the coming edition, The Faten Hamama Award will also granted to the American-British director-actor-screenwriter Terry Gilliam.

On the festival’s supreme committee decision to select Arafa for the award, CIFF President Mohamed Hefzy explained the step was agreed upon a year ago during the first preparatory meeting this year. The visionary director is to receive the award during the opening ceremony at the Cairo Opera House on November 20th.

“Arafa,” Hefzy said, “is one of the icons of Egyptian cinema who has dazzled with the audience with that art’s magic. His works manage to combine artistic and entertainment value and he is an example to be followed in his ability to develop and keep up with the latest trends in his works without anyone period claiming him. This gives him a special, incontestable place among filmmakers and audiences alike. He has also become a trademark denoting artistic and human value and respect for the viewer’s intelligence, and he is as popular on the television screen as he is in the movie theatres.”

Commenting on the honouring, Arafa said: “when the festival administration nominated me for a special award bearing the name of the icon of Egyptian and Arab cinema Faten Hamama, I was in thrall to this acknowledgement from my country, made all the more exceptional by the name of the Lady of the Arab Screen [Hamama].”

“I am grateful to the festival and to everyone who interacted with a film or even a shot of mine – this award is for you too. I have never sought to be honoured or expected an award. I present my films to the audience and my reward is the look in their eyes a film of mine proves popular or generates dialogue or controversy, Arafa said adding that “This is my method, not only when I started my career as a director some 30 years ago but also as soon as I recognized the features of that beauty, cinema, when I was a young man under 20 who stood spellbound in the studio following the work of the giants making aesthetic history as second or third assistant.”

Born on 25 December 1960, Sherif Arafa – the son of the late director Saad Arafa – graduated from the High Film Institute in 1982 before working as an assistant director with great filmmakers as Hassan Al-Imam, Niazi Mustafa, Atef Salem and Mohamed Khan. His debut film was “The Dwarfs Are Coming” (1986), written by Maher Awwad, who collaborated with him on three other films, all of which were innovative and experimental to some degree: “Third Class” starring Soad Hosni and Ahmed Zaki in 1987; “Sama’ Hoss” (“All Quiet”) in 1988, and “Ya Mhalabia Ya” in 1991.

His popularity reached a peak after his fruitful collaboration with screenwriter Waheed Hamed on six films, the first five of which starred comedy superstar Adel Imam: “Al-Le’b ma’a Al-Kobar” (Playing with the Giants, 1990), “Terrorism and Kebab” (1992), “Al-Mansi” (1993), “Toyour Al-Zalam” (“Birds of Darkness”, 1995), “Sleeping in Honey” (1996), and “Edhak Al-Soura Tetlaa Helwa” (“Laugh and the Picture will Turn out Right”, 1998) the latter starring legendary actor Ahmed Zaki.

His latest, a blockbuster war film “Al-Mamar” (or “The Passage”), was written by himself with assistance from poet Amir Teima.

Though he never worked as a TV series director, Arafa produced a number of series including “Tamer and Shawqia” and “Critical Moments”. He also directed two stage plays including the very popular “Al-Zaim” (or “The Leader”) starring Adel Imam in 1993, and “High Heels” in 1996. He directed numerous advertisements.

Many actors and actresses were featured or had their debut in Arafa’s films, such late comedian Alaa Wali Al-Din, as well as Mohamed Heneidi, Mona Zaki, Ahmed Helmi, Mohamed Saad, Ahmed Adam, Salah Abdalla, Karim Abdel-Aziz and Ashraf Abdel-Baqi, all of whom are now main players in the Egyptian film and entertainment industry.