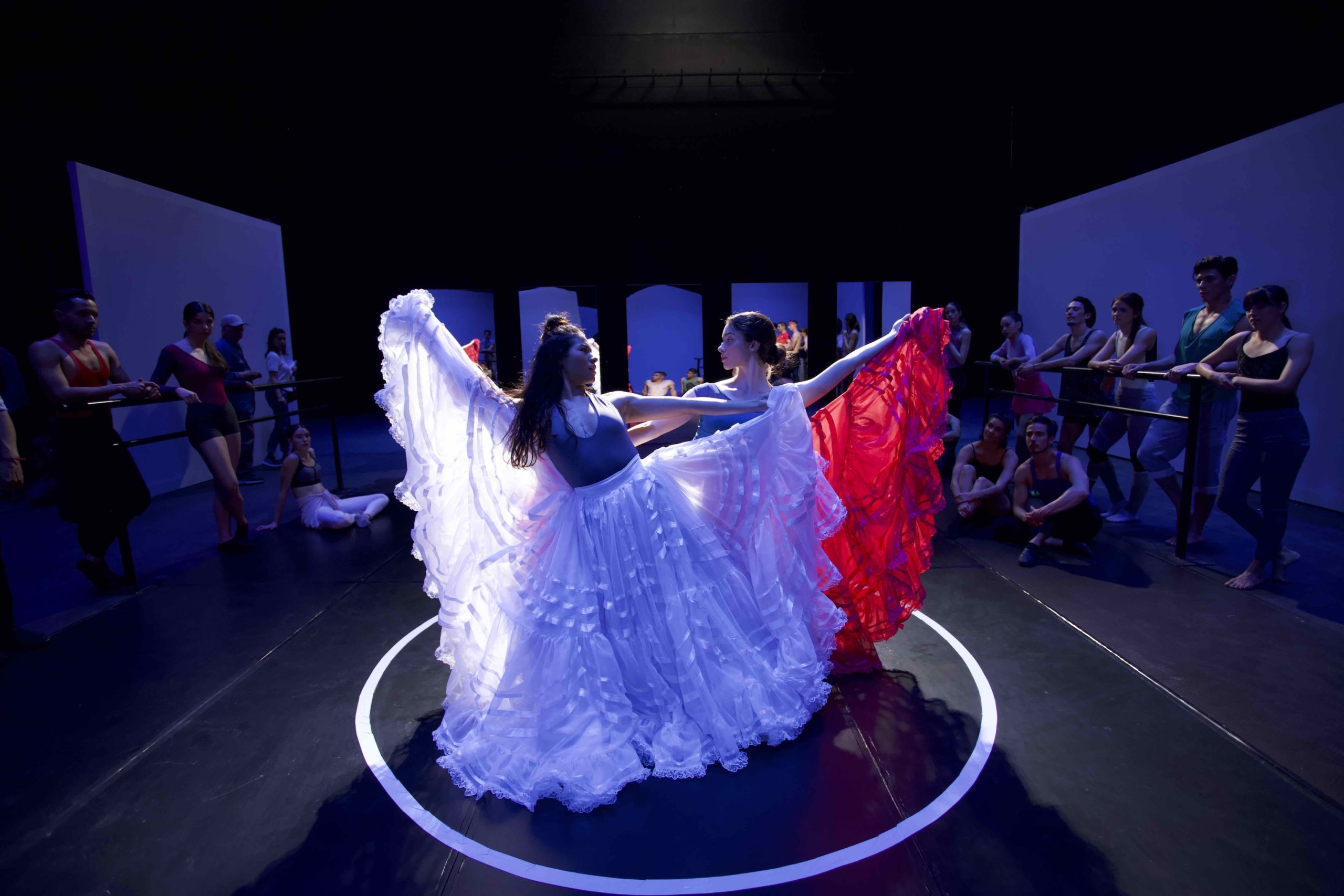 Manuel is preparing his next show, a musical about making a musical show. He seeks the help of Sara, his ex-wife and renowned choreographer to direct. In the casting, the young Ines will appear as a rising star while dealing with her father and the local mob.

One of the most recognized directors both nationally and internationally, in proof of it he won many awards among which the following ones: Silver Bear in the Berlin Festival for The Hunt in 1965, and for Peppermint Frappé in 1967, Special Jury Awards in Cannes for Cousin Angelica in 1973, and for Raise Ravens in 1975. Also, the film Mama Turns 100 got an Oscar nomination in 1979 for Best Foreign Film, and it also won the Special Jury Award at the San Sebastian Festival. In 1990, Carlos Saura won two Goya awards for Best Adapted Screenplay and Best Director. Has been nominated 3 times at the Oscars.