by Mahmoud Menefie
/
536 Views
No Comments 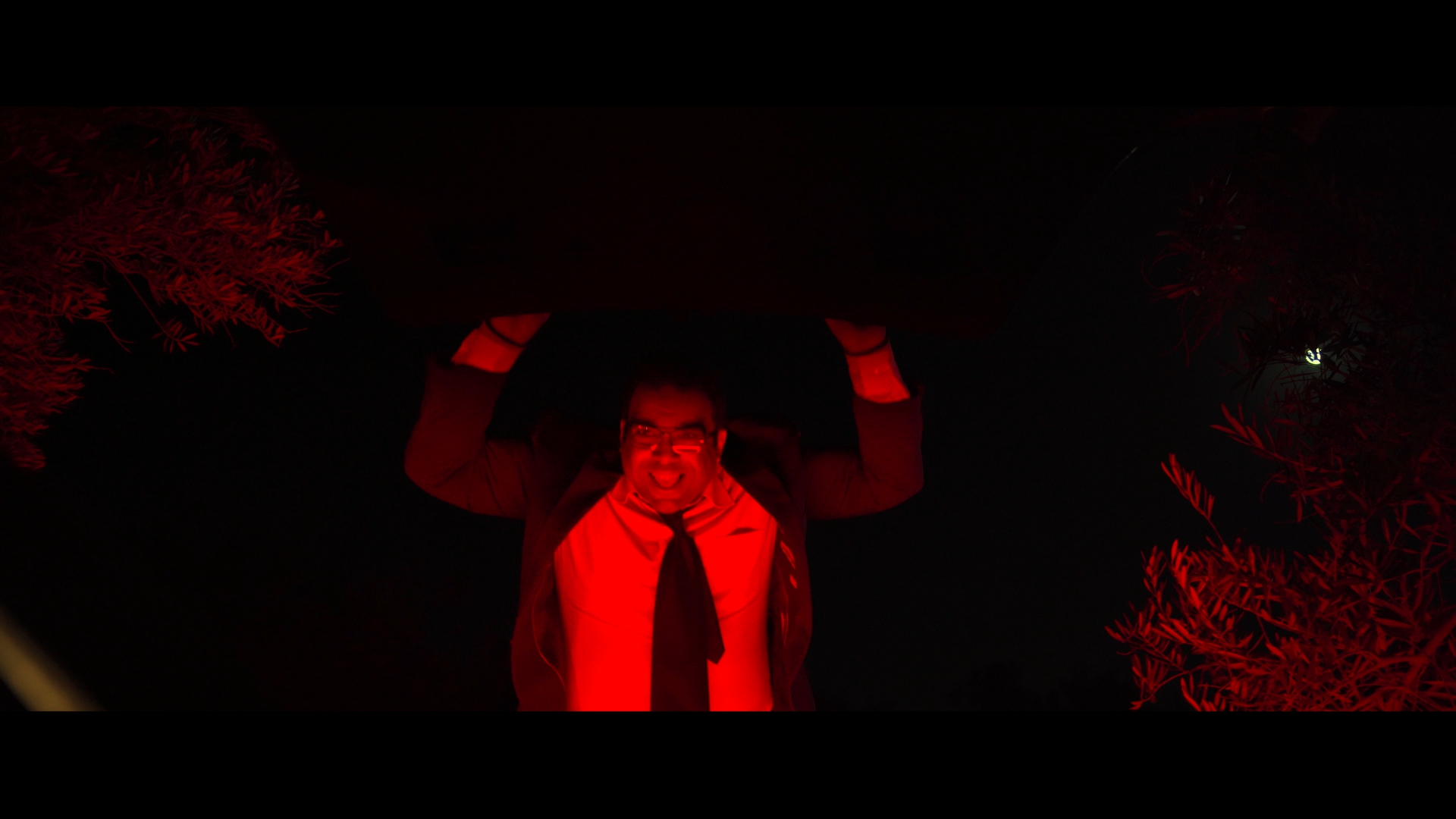 A shy, uncertain man drives his car listening to an aria at night, with his more confident brother, a self-obsessed actor, tied up inside the trunk. They soon arrive at a clearing. The driver digs a ditch and begs his captive to lay inside it. As the story unfolds, the two characters’ dynamics start to shift. The two brothers’ confrontation heats up even more. The whole scene is covered in red. There’s no turning back at this point.