by Mohamed Khaled
/
733 Views
No Comments 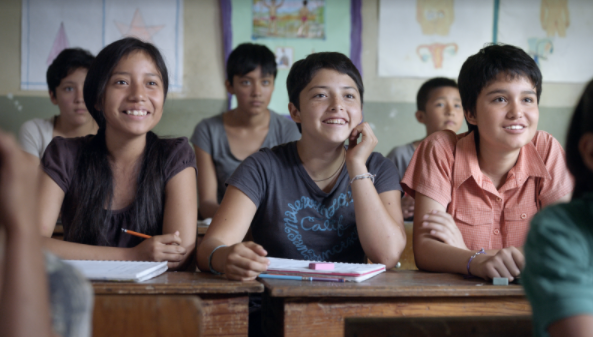 In a mountain town in Mexico, three young girls take over the houses of those who have fled, dress up as women when no one is watching, and have a hiding place to remain safe from those who would take them away; but dark echoes of violence become an inescapable threat.

Mexican-El Salvadoran filmmaker. Graduated from the Centro de Capacitación Cinematográfica and has a Masters Degree in Documental de Creación from the Universidad Pompeu Fabra in Barcelona. Tatiana gained an international reputation with her first feature film “The Tiniest Place” in 2011, which was screened at more than 50 festivals and won numerous awards. “Tempestad” (2016), her second feature film, had its premiere at the 66th Berlin International Film Festival and participated in over 80 festivals securing diverse awards.