by Mahmoud Menefie
/
523 Views
No Comments 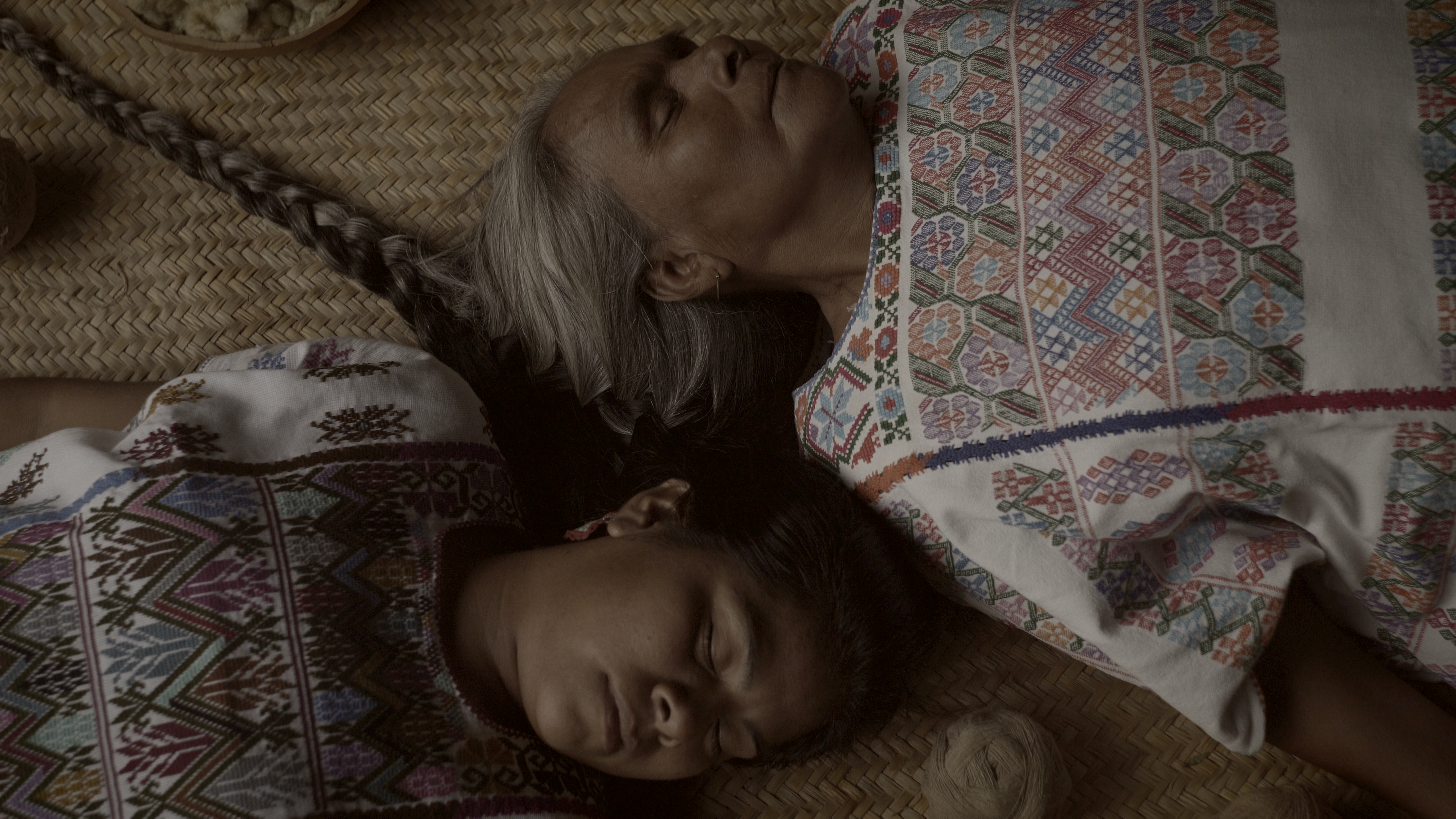 After Silvia’s femicide, Yecenia, her cousin, and one of the ñomndaa weavers from the Prairie of Flowers, create a ritual and poetic mourning alongside other weaving women. The ñomndaa women share ancient wisdom about their profession as weavers, rooted in breathtaking myths and the foremothers’ real life experiences. The elders decide that the only way to proceed is to look forward to the future, taking care of the young children left behind after their mother’s murder. Yecenia speaks through the radio, urging her local community to adopt new words, such as femicide, into their local tongue. Through this ritual, threads, dreams, and their craft are collectively woven together as an act of healing and resilience. In Prairie of Flowers, the act of weaving opens up to become an act of resistance in its own right.

She is a co-founder of the production company Urdimbre Audiovisual, where she works as a film director and photographer. She has directed documentaries and video clips, and has published articles regarding documentary and ethnographic film, visual anthropology, weaving, memory and transmedia narratives. She has taught courses on visual anthropology and has taken part in workshops for the development of film projects. She has been a programmer from the Ethnographic Film Forum, and a curator of textile exhibits.