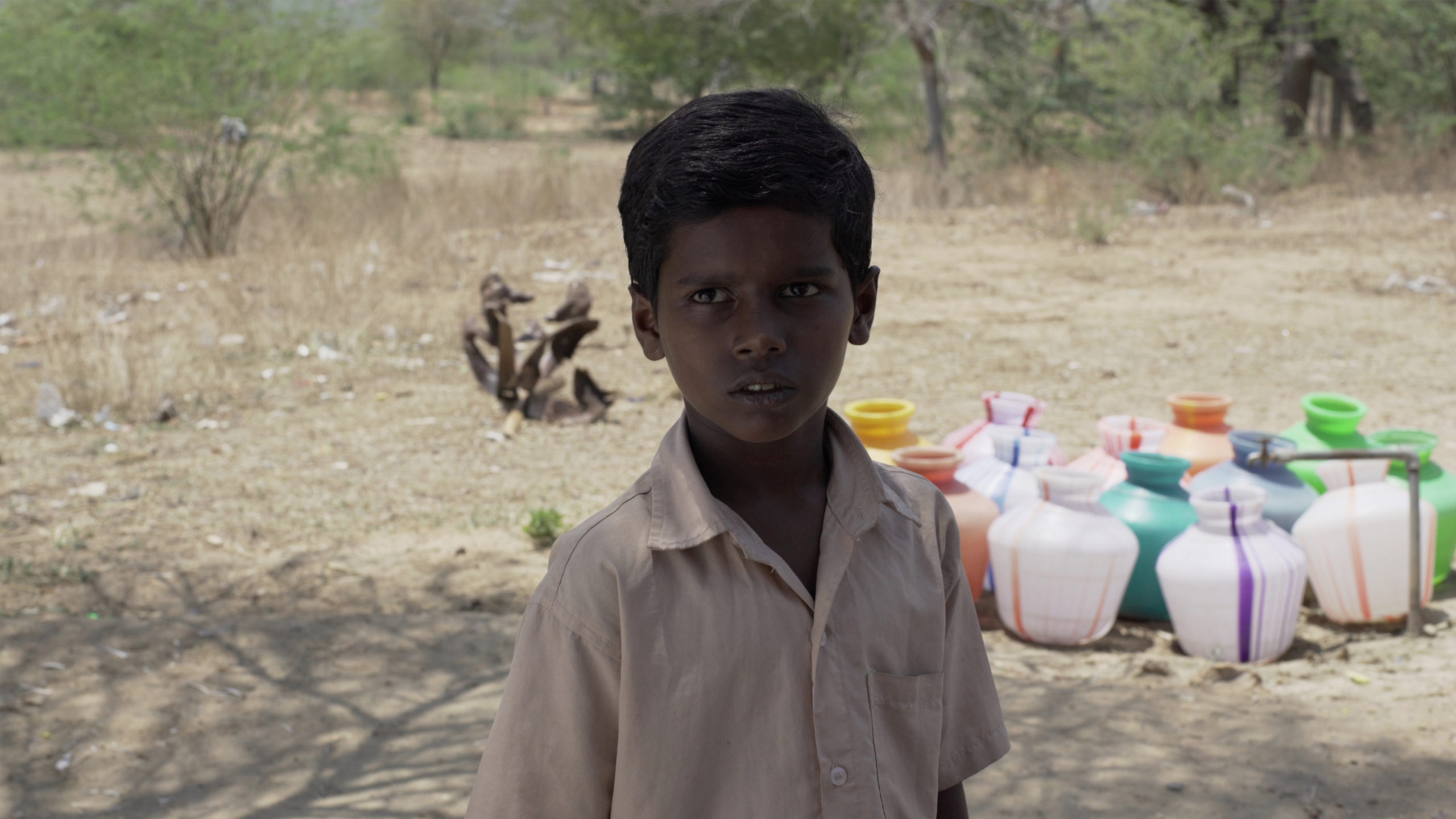 The inhabitants of the village Arittapatti in southern India depend entirely on agriculture, which has suffered terribly due to a long drought. One of the latter is Ganapathy, whose wife has fled the home and his domestic violence, but he is determined to fetch her back and forces his son to join him.

A filmmaker from Tamil Nadu, India. he worked as a sales boy in a DVD shop in Chennai. During this time, he got introduced to a few people from the Tamil film Industry and eventually joined as an assistant director to Mr Sargunam, a Tamil Filmmaker. He then worked as an assistant director for a theatre troupe. He utilised his time during this venture to shoot a few short films after which he began writing the script for “Pebbles”.