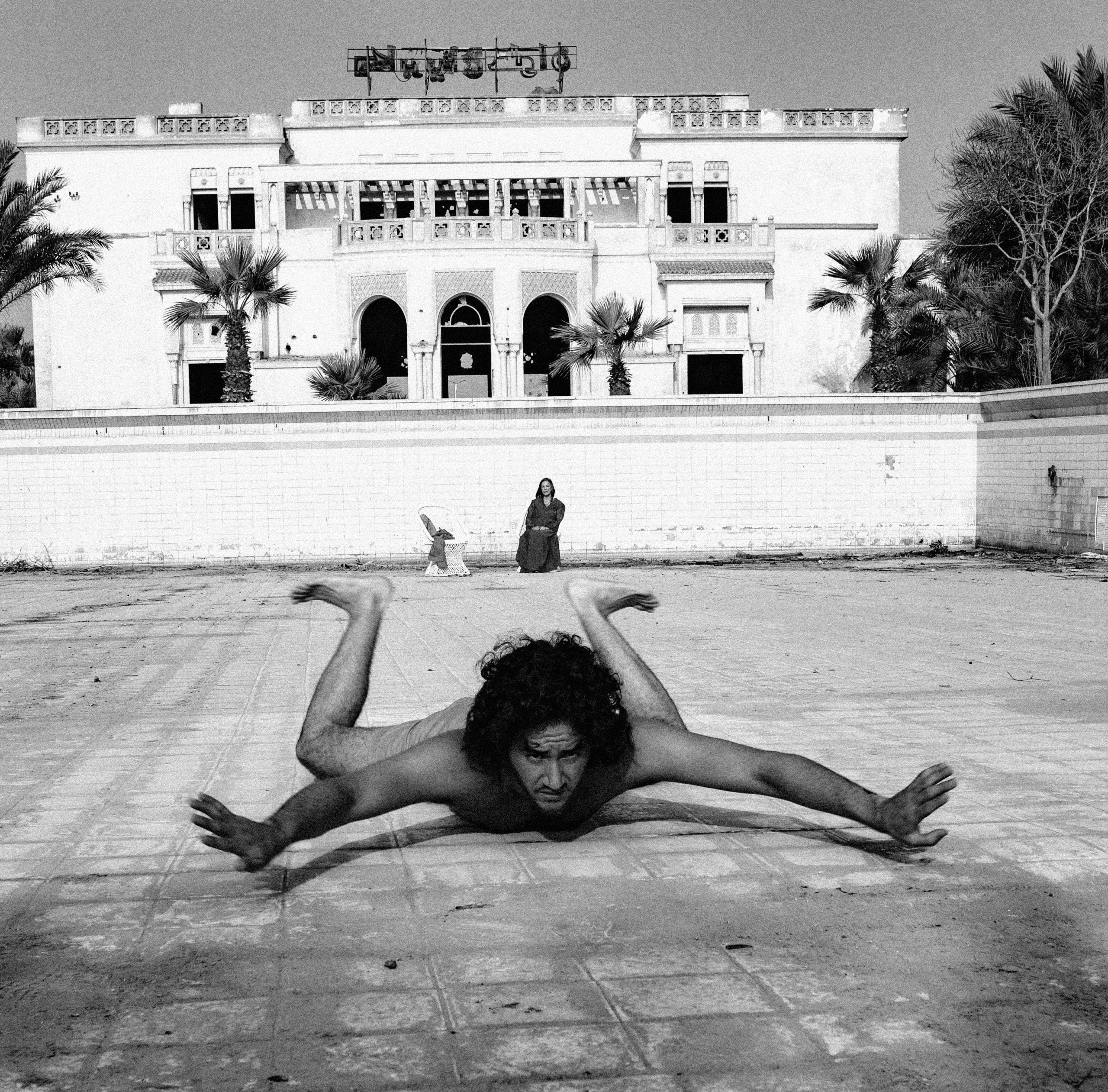 A young man happens upon a matriarch in an abandoned building. She recites poems of a sea unknown. The matriarch teaches the young man her stories, igniting his imagination.. According to her, only stories can overcome oblivion. Together, they dream of a sea in a realm beyond material obstacles. This stream of thoughts uplifts them both as they embark into their now shared image of the blue sea, in contrast to their monotonous reality.