Cairo Industry Days in partnership with EAVE ON DEMAND  is offering a 4 days EAVE on Demand workshop for selected teams of writers and producers. The objective is to cover all aspects of the development stage of Arabic feature film projects including script development strategies, the role of the producer, marketing and international sales, budgeting and financial planning as well as pitching.

EAVE on Demand brings to Cairo top-notch international experts to ensure the delivery of information and content in a relevant and tailored manner to meet the specific needs of each project.

1. Prepare regional producers and writers for the development stage
2. Emphasize on the creative role of the producer
3. Highlight available and realistic cooperation and financing opportunities

Group sessions covering:
– Challenges facing the writers and producers through the writing process
– Sharing knowledge and case studies between the experts and the participants
– Discussions of the group’s projects from both perspectives
– Setting a plan for following steps of each of the projects

One-on- One consultancy
between the experts and each project team 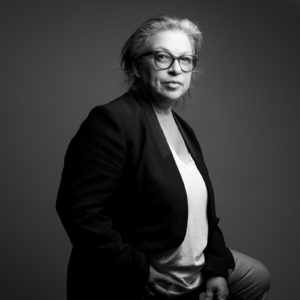 Diana moved from advertising to film production thanks to Chantal Akerman’s decision to hire her as a young producer on A couch in New York in 1996, since then she has produced and coproduced over 70 feature films and documentaries. Most of them where showcased and awarded in A class festivals. Her films cover a large sample of genre and come from all horizons and cultures. She is known for her skill in working with renown talents as well as her audacity in producing emerging talents.

Diana is deeply committed to develop the International film industry and spends time tutoring at and for EAVE since 2007 (Europe, Africa, Middle East, Caribbean)  and creating, in 2009, the program EP2C now renamed APost Lab. In 2017, Diana sets up Le Boost Camp, the first French speaking workshop for women directors.

Her tutoring, mentoring, and lectures made her travel the world around several time.

Diana created Entre Chien et Loup in 1989. Almost 30 years later, in 2017 , she sold the company to open Beluga Tree in association with the Caviar Group as well as the sister company, Beluga Jungle, dedicated to documentaries and children content.

Diana lives in the heart of Europe, Brussels, with her two multicultural children. 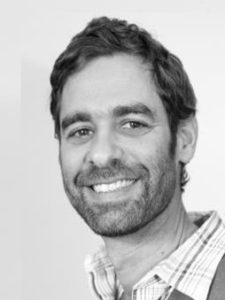 After his studies of Cultural Management in Vienna, Birmingham and Chicago, Gabor worked as journalist and film critic.

In 2003, he moved to Brussels to take charge of the distribution support department of the MEDIA Program at the European Commission’s Film Fund, which was created to support the European audiovisual sector.

In 2009, Gabor became acquisitions executive at the international sales agent, The Match Factory, specializing in edgy art house films from all over the world. In August 2010, Gabor moved to Berlin to take over acquisitions of the French-German sales company, Films Boutique, winner of the Golden Bear in 2017 and the Golden Lion in 2011 and 2016.

Gabor is a member of the European Film Academy. 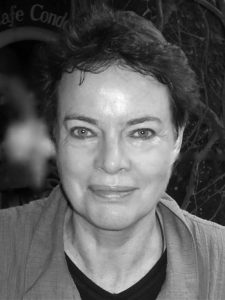 She has been a founding member of the EAVE script analyst team since 1989. Head of Studies for Regional Programmes in Greece, Ireland and Scotland. Script Expert for EAVE on Demand, and for the EAVE International Programmes -Ties That Bind, B’EST.

WHO SHOULD APPLY & WHY?

– Teams of Arab origins or nationality residing in the Arab world  – producer and writer – of projects that are at a very early stage of development and interested in understanding specifically their roles and the nature of the process and how to propel their projects to materialize.
– Projects mean fiction feature length scripts with Arabic as the main language of the film.

The deadline for submissions is September 10th. All projects should have a writer and a

producer attached and submit a project package in both English & Arabic through an online form.

For any questions or inquiries related to Cairo Film Connection please contact: