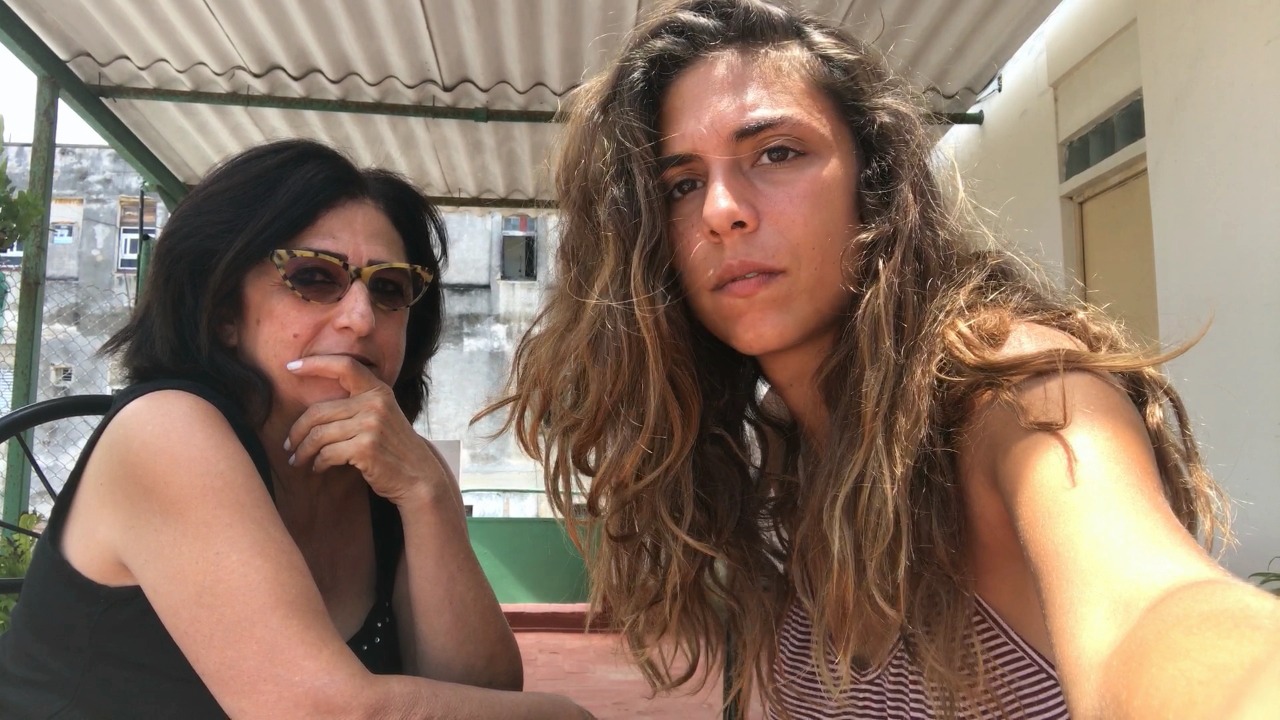 A unique visual and humane record of four women from four different generations in the family of the late director Youssef Chahine, the present filmmaker’s uncle, whose roots lie in the Levant. She also manages to draw the link between cinema and life, by approaching the topic through a conversation between a cinematic mother (Khoury) and her daughter (Sara, who is studying filmmaking in Cuba). They each explore the difficulties and pleasures of life through a series of archival footage that straddles reality and the imagination, featuring both members of the family as they feature in Chahine’s autobiographical films and the family’s ladies in real life.

CIFF president Mohamed Hefzy says he does not remember the last time a documentary was included in CIFF’s International Competition. This may indeed be an unprecedented event, he added, which goes to show the extent to which the festival admires Khoury’s film. It also demonstrates how much more attention CIFF has paid to documentary films which had not been getting enough attention in the past few years.

From her end, Khoury says she is very proud of the selection of “Let’s Talk”, stating that its screening for Cairo’s audience is her biggest reward: “Despite my happiness that my filmparticipated in the official competition of the International Documentary Film Festival Amsterdam (IDFA), I am even happier that it is part CIFF’s International competition because I am personally eager to have my compatriots should see it, along with the fact that CIFF will give the film the push it deserves.”

Khoury revealed that she insisted on producing the film herself, feeling that, it being a unique film, she should be wholly responsible for it, giving no one else any power in its making. This, she says, gave her greater freedom. It was appropriate because the film depends on family archives – sound recordings and photographs as well as videos of her mother, her grandmother and her uncle and of Chahine with his mother which he has recorded himself – that go back 100 years, its action spanning Alexandria, Cairo, Paris, London and Havana.

Khoury continues, “I chose a narrative storyborn of archival footage and manifesting in a conversation with my daughter about life, death, identity, cinema, our dreams and love. We confront secrets and pains, and through such existential and emotional questions we delve into the history of our family, our identity and our geographic roots.”

Though she studied economics in Cairo and Oxford, Khoury has directed and produced films on controversial issues such as identity, memory, and social exclusion. She worked closely with Chahine, and made her first documentary, “The Times of Laura” in 1999. It was followed by “Women Who Loved Cinema” in 2002. Those two documentaries demonstrate the achievements of rebellious women in Egypt over the course of nearly a century.

Khoury is primarily interested in telling the stories of people who are unable to tell their own stories. Her third documentary, “Shadows”, on personal and social perceptions of the mentally ill, which raises questions about the concept of madness itself. “Shadows” premiered in the Opening of Venice Film Festival in 2010, and it won the FIPRESCI award at Dubai Film Festival that year and the Italian television Rai award in2011 at the International Festival of Mediterranean Documentary and Current Affairs Films.

Khoury also mediates between artists and the industry, and being interested in auteur cinema she produces independent films on topics that depart from what dominates Egyptian cinema. Since its first round in 2004, she has played a crucial role in the Panorama of European Film initiative, which presents cinephiles in Egypt with the best and most interesting in European film every year. She is currently working on the Dahshour Workshops initiative to develop and produce film projects presented by budding Arab and Egyptian talents, and she has both the resources and the will to ensure its success.

CIFF’s International Competition this year includes 15 films including three world premieres: “Zavera” by Andrei Gruzsniczki from Romania, “The Border” by David David from Colombia, and “Between Heaven and Earth” by Najwa Najjar, a Palestinian production. It also includes two international premieres: “The Fourth Wall” by Zhang Chong and Zhang BO from China and “The Friendly Man” by IberêCarvalho from Brazil.