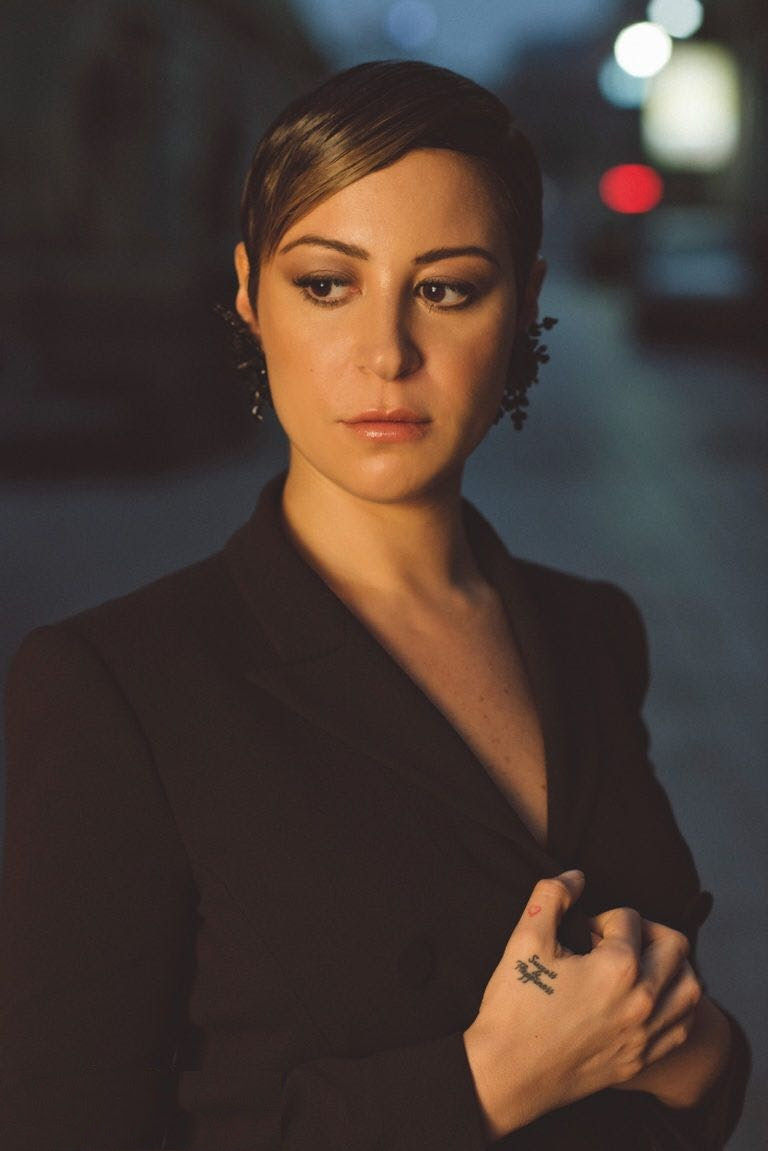 Cairo International Film Festival (CIFF) has announced granting actress Menna Shalaby the Faten Hamama excellence award for her rich cinematic career at the opening ceremony of its 41st round (20-29 November).

According to CIFF President Mohamed Hefzy, only a small number of actors deserve to be honored with a prize that bears the name of the Lady of the Arab Screen. Menna Shalaby, who stands out for carefully selecting her roles and boldly taking the road that are less travelled, became one of her generation’s most significant actresses in a record-breaking time. She may have contenders for stardom, but in her love of cinema she is the most resolute.

Shalaby herself said, “In the last few years I was granted many honors in Egypt and abroad, and even though I value them all and regard them as a drive to resume my artistic career, nothing can compete with being honored by my own country’s biggest festival, that will always have a special place in my heart.

“When I was starting out as an actress I used to dream of receiving an invitation to attend the opening ceremony with my name on it, so you can imagine the extent of my joy and pride when, 20 years later, I receive an invitation in the name of the honoree Menna Shalaby. It makes me even happier and prouder that the award bears the name of the exceptional artist Faten Hamama, with whom I am honored to share a profession.”

She added that, being honored by CIFF has made her feel that her efforts throughout her cinematic career have paid off, and encouraged her to do her very best in future work. Egypt is a great country in terms of art, culture, and thought, she said, and CIFF is its oldest and most prestigious festival. It is so important that the stars of the past would stop filming on its opening to celebrate filmmaking. Shalaby said she was happy with the festival’s current administration, which is working hard to retrieve its luster and status among regional and world festivals.

Menna Shalaby is an actress who has managed to combine box office success with critical acclaim for independent works. She began her career in 2001 with the television series “Morning and Evening Talk”, based on a story by Nobel laureate Naguib Mahfouz. That same year she took part in the late Radwan Al-Kashef’s “The Magician”, making her silver screen debut. She has worked with some of the most serious directors since then, starring in the late Osama Fawzi’s “I Love Cinema” (2004), Hala Khalil’s “The Best of Times” (2004), the late Mohamed Khan’s “Downtown Girls” (2005), and Kamla Abouzekri’s “About Love and Passion” (2006).

In 2007, the great director Youssef Chahine selected her for the lead role in his last film, “Chaos”, which competed in the Venice International Film Festival.

Shalaby also starred in Ahmad Abdalla’s “Microphone” (2010), which screened in over 50 festivals including the Toronto International Film Festival and was included in the Dubai International Film Festival’s 100 Most Important Arab Films. She collaborated with Youssry Nasrallah on “After the Battle” (2012), which brought Egyptian cinema back to Cannes after a 15-year gap, and “Brooks, Meadows and Lovely Faces” (2016), which world premiered at the Locarno Film Festival before it was released in France and Switzerland.

With her award for “Nawara” by Hala Khalil, she set a record of 10 best actress awards. She also worked with director Marwan Hamed on “The Originals” (2017) and “Diamond Dust” (2018). Her last film was “Scarecrow”, costarring Ahmed Helmy and directed by Khaled Marie, in 2010.