by Mahmoud Menefie
/
431 Views
No Comments 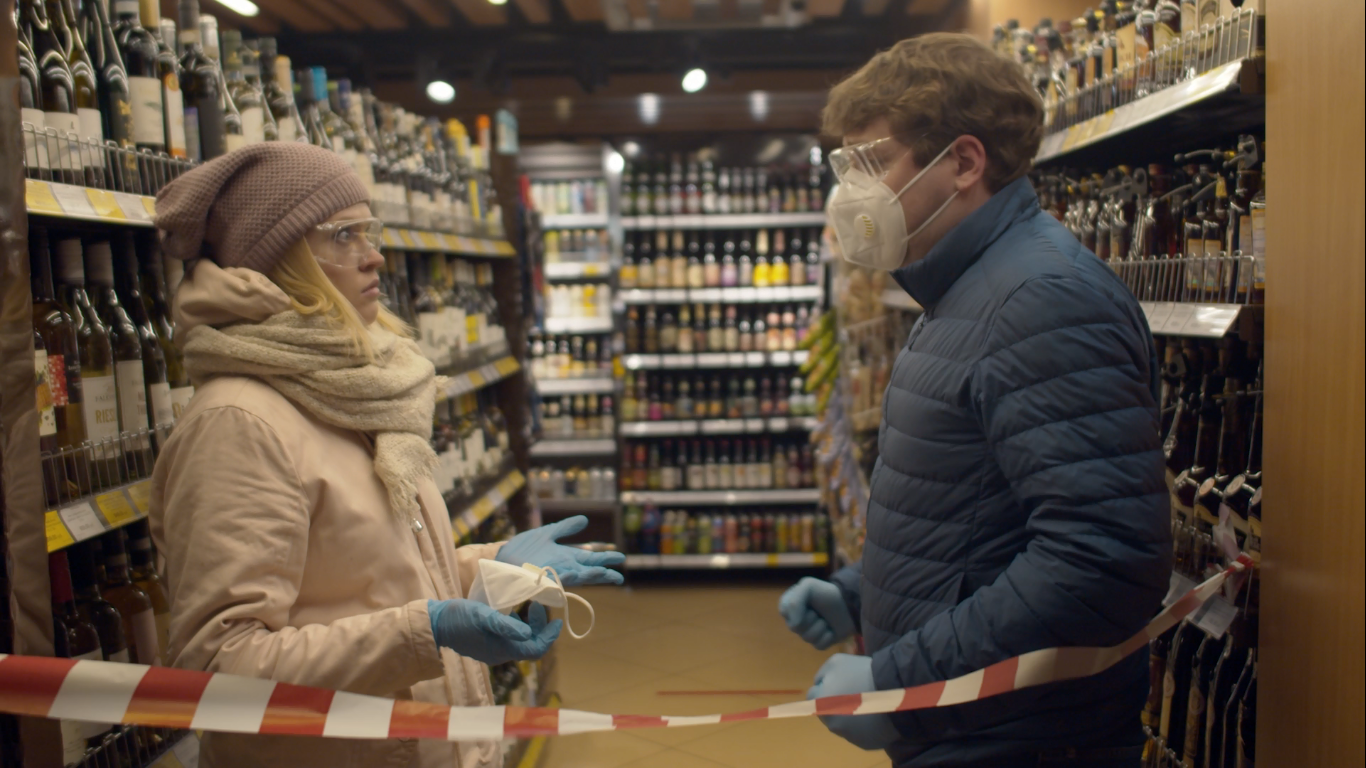 A pandemic has ravaged the world outside. Julia and Volodya are a couple that suffers from Coronaphobia by taking the safety measurements far too seriously. After anticipating all the possible scenarios and doing breathing exercises, the couple reluctantly goes out to the street, a place, in Volodya’s own words, “full of COVID bastards”. Armored and hysterically, the couple arrives at an ordinary supermarket. Almost turning against each other, their suspicion is translated into episodes of excessive outrages against the local shoppers who, according to the couple, are painfully and inconsiderably carefree. Their mission seems to be a success until they encounter an unmasked shopper. From then on, things go downhill for the main characters.

Russian director, screenwriter and producer. Graduated from the film studies faculty of VGIK. His films participated in the Berlinale, Venice Film Festival, IFF in Karlovy Vary, Moscow International Film Festival, and others.