Cairo Industry Days in partnership with EAVE ON DEMAND and Birthmark Scenario is offering a 4 days Development Lab for selected teams of writers and producers. EAVE/BMS Script Development Lab objective is to cover all aspects of the development stage of Arabic feature film projects including script development strategies, the role of the producer, marketing and international sales, budgeting and financial planning as well as pitching.
EAVE/BMS Script Development Lab couples international and regional experts to ensure the delivery of information and content in a relevant and tailored manner to meet the specific needs of each project.

1. Prepare regional producers and writers for the development stage
2. Support the writers as a stand alone profession
3. Emphasize on the creative role of the producer
4. Highlight available and realistic cooperation and financing opportunities

Group sessions:
– 2 – 5 Hours Daily for 4 days
Will cover
– Challenges facing the writers and producers through the writing process
– Sharing knowledge and case studies between the experts and the participants
– Discussions of the group’s projects from both perspectives
– Setting a plan for following steps of each of the projects 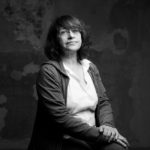 Roshanak Behesht Nedjad – In Good Company (DE)
Roshanak began working in the film industry as a festival coordinator and production manager. In 1999, she started her first production company Flying Moon, together with Helge Albers and Konstantin Kröning. Until 2014 they produced arthouse films, with over 30 international awards, among them the German Film Award in Gold and the Prix Europe Iris.

In 2012, Roshanak ventured into Serious Games with LudInc and in 2014 she teamed up with Jani Thiltges and Claude Waringo, starting In Good Company in Berlin. The focus of IGC is on international coproductions, with an emphasis on European features, aiming to entertain on a smart level.

Roshanak also works as an expert and consultant for various institutions and training organisations such as EAVE. She is a member of the German Film Academy as well as the European Film Academy, an EAVE graduate and group leader. 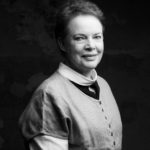 She has been a founding member of the EAVE script analyst team since 1989. Head of Studies for Regional Programmes in Greece, Ireland and Scotland. Script Expert for EAVE on Demand, and for the EAVE International Programmes -Ties That Bind, B’EST. 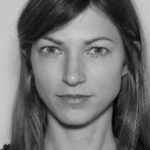 Aranka Matits – Featurette (NL)
Aranka Matits, as the founder of boutique agency Featurette, advises distributors, roadcasters and VOD platforms on their acquisitions, coproductions and strategic planning. At the forefront of the evolving media landscape, she also consults them on the evolving practices of production and distribution, creating opportunities for them to exploit new markets. Current and past clients include a roster of theatrical distributors (France, Germany, the UK, Switzerland, the Benelux, Italy, Spain and Portugal), international sales agents, on-demand platforms and VOD aggregators as well as a multinational broadcaster.

Her acquisitions range from auteur films to crossover fare and include titles like the Oscar-winning Still Alice, Amour and The Secret in Their Eyes, festival hits like Toni Erdmann or Winter’s Bone or breakout debuts such as Wadjda or Mustang.

Previously, Aranka headed acquisitions for French distributor Pretty Pictures and her selections contributed to transforming the company into a key player in the territory. Prior, she worked in international sales where she sold a diverse slate of established directors and new talent. She began her career working in film finance where she was involved in executive producing films by Woody Allen and Werner Herzog, amongst others.

In addition, she teaches workshops on sales, distribution and project marketing across the globe. She is also a regular speaker at events hosted by EAVE, Producers Network or ACE Producers. She serves regularly on project development or festival juries and is a voting member of the European Film Academy.

For nearly two decades Aranka worked in London and New York, where she also obtained a PhD in German Literature & Film Studies. Originally from Cologne, she currently lives in Amsterdam.

WHO SHOULD APPLY & WHY?
– Teams – writer and producer – of projects that are at a very early stage of development and interested in understanding specifically their roles and the nature of the process and how to propel their projects to materialize.
– Projects mean fiction feature length scripts with Arabic as the main language of the film
– The Development Lab also offers post lab optional script counseling after the festival as well as an opportunity to network and build professional relationships with counterparts and experts.

2. Package has to be submitted in two language versions; English and Arabic

2. Who can apply for it?
The EAVE/BMS Script Development Lab is mainly for Arab nationals; writers and producers, applying as teams for projects in development.

3. How can I apply for the lab?
Online, through an electronic form but we encourage you to go through the list of requirements before you start filling the application.

5. What are the application requirements?
a. Projects at early development stage
b. Written in Arabic
c. Language of the film is Arabic
d. Applicants have to be teams of writers and producers
e. Submit an electronic form with full project package requirements
6. What are the full project package elements?
a. cover page (contains main project info & contact person)
b. Writer’s Bio / filmography (one page)
c. Writer’s Note of Intention (one page)
d. Producer’s Bio / filmography (one page)
e. Producer’s Note of Intention (one page)
f. Project current status (one paragraph)
g. Project development budget and financial plan (one page)
h. Film Treatment
7. What are the requirements of the film treatment?
i. Logline: One sentence about the film indicating the film genre, main character, his/her goal, the obstacles, the time and place.
ii. Synopsis: A summary of the film highlighting the main storyline (max. 400 words).
iii. Character Profiles: Backstory of the main characters till the start of the events of the film. This should include what is relevant to the story from their background, relationships with other characters and their role in main events. Additionally, the main traits, characteristics, paradoxes that influence their behavior or the development of events (max. 300 words/ character).
iv. Treatment: The writer’s vision of the script detailing the main plot and subplots, the main & supporting characters and the dynamics between them highlighting what is driving the events. It should be written in the same tone and pace of the genre of the film (max. 2500 words).

8. In which language should I submit the project package?
All packages should be submitted in 2 versions, one in Arabic and another in English

9. What’s the project package file format?
Please include all the elements of the package in one PDF file

11. What will I benefit from the EAVE/BMS Script Development Lab?
a. You will learn about the script development through the following topics:
i. Script Development Strategies
ii. Marketing and International Sales
iii. Role of the Producer
iv. Budget & Financing
v. Pitching
b. You will have an optional script consulting for a year after the Lab
c. You will have the opportunity to network and build professional relationships with counterparts and experts

12. What’s the outcome of the EAVE/BMS Script Development Lab?
Each team will have learnt more about:
i. How to further develop the script of their project
ii. Their roles in the process and how to better communicate as partners
iii. Further develop the elements of the project package for further submissions of the project
iv. The relevant markets for the project
v. The different possibilities of budgeting and financing

13. What is the EAVE/BMS Script Development Lab structure?
During the 4 days of the Lab, there will be 3 main types of sessions:
1- Masterclasses
1.5-2 hours delivered by the experts for each topic

2- Group sessions:
2 – 5 Hours Daily for 4 days Will cover
i. Challenges facing the talents through the writing process
ii. Sharing knowledge and case studies between the experts and the participants
iii. Discussions of the group’s projects from both perspectives
iv. Setting a plan for following steps of each of the projects

14. If, I don’t live in Egypt, will the festival cover my travel and accommodation expenses?
Yes, the festival will invite the selected participants , for the duration of the EAVE/BMS Script Development Lab and will cover hospitality costs including flights (from country of residence) and, accommodation.

15. What is the main language of the EAVE/BMS Script Development Lab?
The main language is English because of the international experts, however, we will have shadow Arabic speaking experts who are always happy to assist if there is any translation concern. Additionally, for the masterclass, they will be conducted in English but limited simultaneous translation headsets will be available on first come basis.

17. When will the final participants be announced?
By End of October 2018

18. If I am selected to attend the EAVE/BMS Script Development Lab, can I also apply to other workshops offered during Cairo Industry Days?
Once you are selected to attend the Lab and you have confirmed your attendance, it is mandatory for you to be present during the entire Lab duration as per the advised schedule.

20. What is the schedule of the EAVE/BMS Script Development Lab?
The schedule will be shared with the participants upon their selection.

21. If I am a writer/director, can I apply?
Yes you can apply noting that the EAVE/BMS Script Development Lab will only address the writing and producing part of the development phase.

22. Where will be the EAVE/BMS Script Development Lab activities be held?
The Lab will be held at one the Cairo Industry Days selected venues in Cairo. Details of the venue will be shared with the selected participants.

23. Can a producer or writer apply within more than one project?
The same team should only submit one project.Separately, each writer and producer can submit up to 2 projects