by Mohamed Khaled
/
106 Views
No Comments 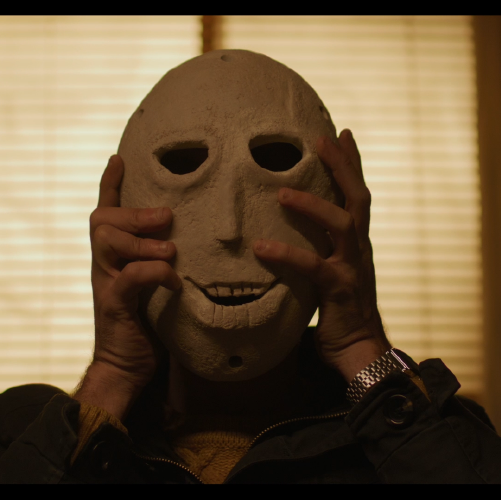 Shifting between documentary and fiction, Theft of Fire is a heist film where the audience becomes a key part of the robbery: A documentary about a story that did not happen.

At its core, the film questions how a people can tell their narrative when their land and their history are being stolen out from under their feet. The film uses archival materials, re-enactments, and interviews (both real and seamlessly staged CGI deep fakes) to construct a thrilling narrative of resistance to the theft of history.

Set in 1981, Theft of Fire’s resistance narrative centers around Naji, chief curator at the Palestinian Museum of Archeology, who decides to undertake a daring heist at a prison in the Negev Desert. Inside, Naji must outwit Moshe Dayan, an Israeli military legend who has hidden away a massive collection of stolen Palestinian archeology. For decades, Dayan was the main driver of Israel’s looting of Palestinian antiquities. He knew the power Biblical artifacts could hold over the construction of the modern Israeli narrative. Dayan also recognized how, without control of their antiquities, Palestinians would struggle to tell their own story on the world stage.

Naji’s journey escalates as the film gives the audience an understanding into the historical and political context. Facing the cunning of Dayan and the might of the Israeli army, Naji carefully executes the heist as he deals with mistrust from his fellow Palestinian inmates. Ultimately, Naji is faced with a decision: choose his own journey or help his fellow inmates in the Palestinian resistance.

Amer Shomali is a Palestinian multidisciplinary artist who uses painting, films, digital media, installations, and comics as tools to explore and interact with the sociopolitical scene in Palestine. Much of Shomali’s work examines the creation and the use of the Palestinian revolution’s iconography.

His artworks are part of several collections, including The British Museum, The Arab World Institute, and Barjeel Art Foundation.

Shomali co-directed an award winning animated documentary, The Wanted 18, which premiered at the Toronto International Film Festival in 2014. The film was awarded Best Documentary at the Abu Dhabi, Carthage, Traverse City, and Al-Jazeera Film Festivals. The Wanted 18 was in the official submission lists for the foreign language and documentary categories of the 88th Oscars.

« The Seasons of Jannet