by Mohamed Khaled
/
135 Views
No Comments 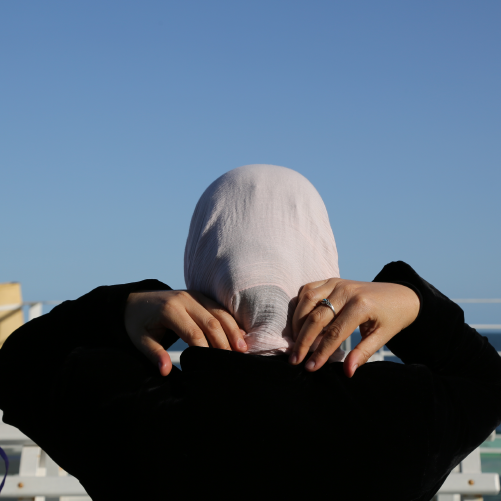 In a Tunisian coastal village lives Jannet, a young mother and worker in a textile factory. Jannet struggles to finish the construction of her modest house to free herself from the grip of her husband’s family. At the textile factory, Jannet succeeds in forming a union to protect the rights of women workers. But the boss of the factory informs them that the company is bankrupt and shutting down immediately. Jannet is devastated by the news. She does not despair and decides to take control of the factory and manage it with her comrades. This long and fierce battle will change Jannet’s personal life forever.

Fedhila directed Aya, which was acquired by Netflix. The film won several awards, such as the Golden Tanit at the Carthage Film Festival in Tunisia. Fedhila is a key figure in the Tunisian artistic and cultural landscape, and her work has been the subject of studies by academic researchers and publications, for example in Narratives of Social Protest: Personal and Political at Columbia University, New York. Moufida Fedhila is a Film Independent (Global Media Makers) alumna.

« Searching for Woody » Theft of Fire