by Mohamed Khaled
/
147 Views
No Comments 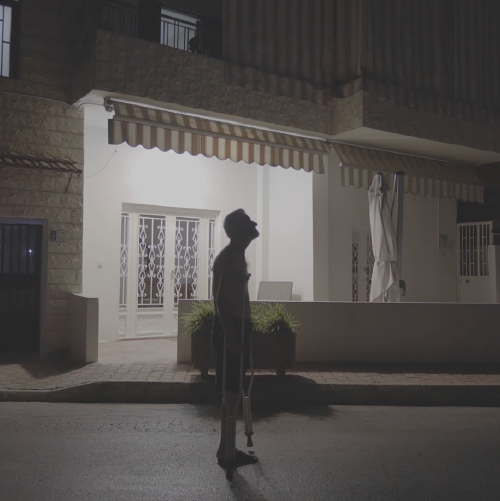 In the spring of 2018, 48-year-old feminist activist Joumana Haddad, a figure of civil society, comes within an inch of winning the parliamentary elections but is faced by a corrupted system implemented for decades by the warlords of the past. During a gathering aimed to empower the youth, Joumana meets Perla Joe, a 28-year-old militant who is unable to find her place in this fossilized society and no longer believes in institutions. In October 2019, a revolution breaks out and Perla Joe becomes one of its lead representatives, the voice of a breathless people. While these women strive, 75-year-old Georges hasn’t fought for a long time. This former militiaman participated in the Civil War, hoping to save the nation. He was even involved in the incident that sparked the war on April 13, 1975. Georges–who lost a leg but not his illusions of ‘glory’–lives surrounded by chimeras and ghosts. These three characters are intimately linked to the history of Lebanon. Their destinies interweave, telling the story of a country that is struggling to get out of its vice. Behind the political battles, individual quests are also taking shape.

Myriam el Hajj is a Lebanese filmmaker and actress. Her first documentary film, Trêve (A Time to Rest) premiered at Visions du Réel-Nyon, before touring in many international festivals where it won several awards including the Prix Découverte Audiovisuelle de la SCAM. El Hajj was the artistic director of Fondation Liban Cinema from 2015 till 2020. She teaches cinema at the Lebanese Academy of Fine Arts (ALBA) and is a member of several film commissions such as the CNC (French National Cinema Center) and the Fonds Image de la Francophonie (OIF). Myriam is a fellow artist of the MacDowell Residency (USA), the Cité Internationale des Arts and Les Récollets (France), and NIPKOW (Germany). She is also a founding member of the association for Arab women filmmakers, Rawiyat-Sisters in Film.

Myriam Sassine majored in audiovisual studies and received an MA in Cinema Research. In 2010, she joined Abbout Productions and produced several features and documentaries such as Costa Brava, and Lebanon by Mounia Akl (Venice Film Festival Official Selection, TIFF, 2021), All This Victory by Ahmad Ghossein (Venice International Film Critics’ Week 2019), 1982 by Oualid Mouaness (TIFF 2019), and Panoptic by Rana Eid (Locarno 2017).

From 2016 to 2020, Sassine was the COO of Schortcut Films and dedicated to co-producing international films such as Félicité by Alain Gomis and Beauty and the Dogs by Kaouther Ben Hania. In 2016, she co-founded Maskoon Fantastic Film Festival, the only genre film festival in the Middle East and acts as the festival’s executive director. Since 2021, she has been the director of Beirut Cinema Platform, Beirut DC’s co-production platform.

Sassine teaches film production at the Lebanese Academy of Fine Arts (ALBA) and at ESA Business School. She is also a producing mentor for several other institutions, such as Doha Film Institute, Produire au Sud Agadir, Full Circle Lab Nouvelle Aquitaine, and Hot Docs Blue Ice Lab. Sassine is an alumna of the EAVE Producers Workshop (2019) and the Film Independent Producing Lab (2019).