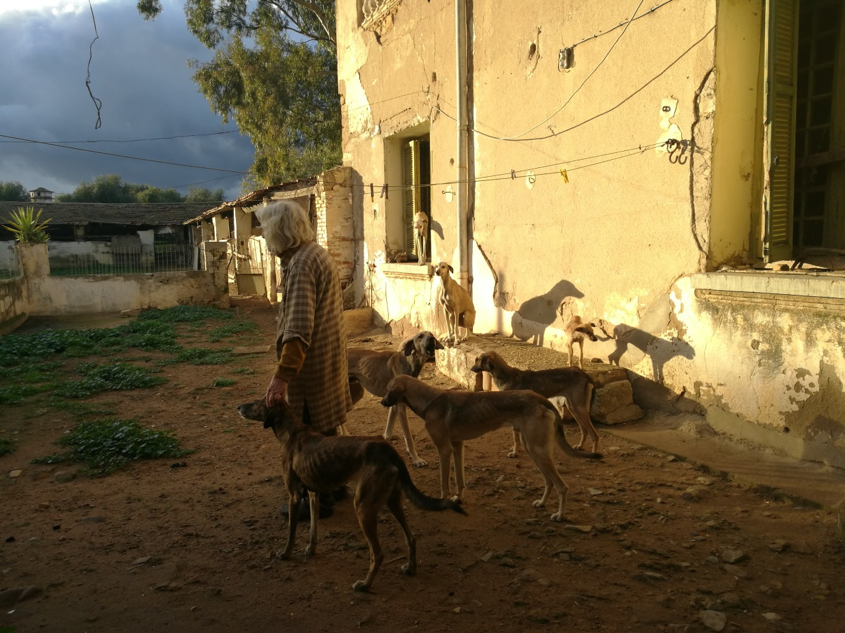 On a farm on the Tunisian-Algerian borders lived Gisela Bergman, whofor more than half a century, has forged a strong relationship with this harsh territory. The film tells the story of her daily struggle to keep her horses and the farm alive, as well as that of her two companions, Zuhair and Amara, who continue the fight after her departure. It also opens a window on the equine tradition in Tunisia and its current place in the collective imagination.

Belhassen Handous is a Tunisian photographer and documentary filmmaker who lives and works in Tunis. He has practiced analog photography for over 20 years. His first documentary film, “Hechoen Casa,” produced in 2014, is a diary of his life between Spain and Tunisia and was screened in several film festivals. His solo photo-video exhibition, “La Syncope Du Mérou”, is currently on display in Tunis.

Ala Eddine Slim is a Tunisian filmmaker and the founder of Exit Productions, one of the first independent companies in Tunisia. He has directed and produced several films that have participated in the Venice Film Festival, Cannes Film Festival, FID Marseille, JCC, and many more.