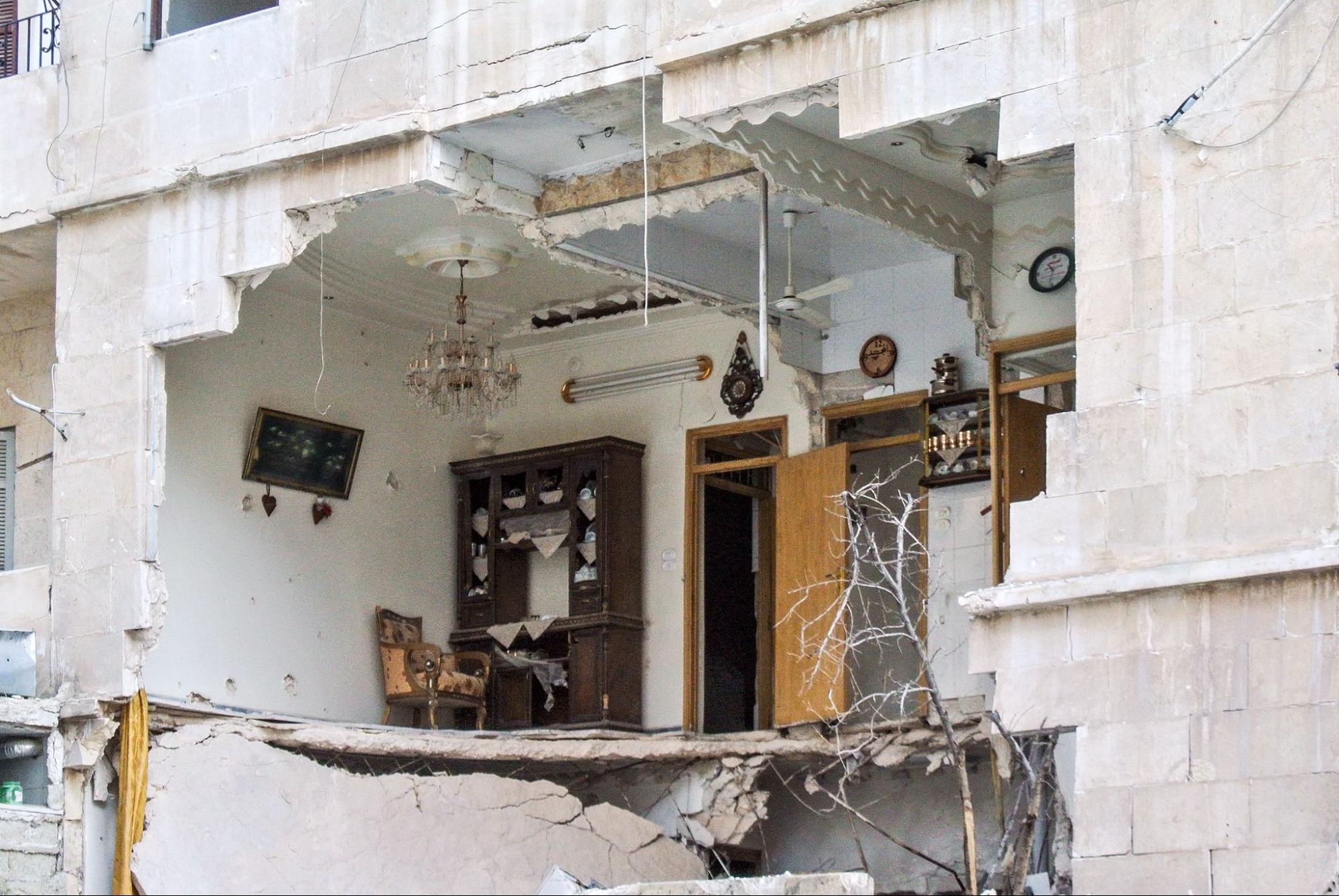 During the Syrian conflict in Damascus, a missile destroys the ceiling of Zeina’s house. She is 13 years old and for the first time, she is sleeping under the stars. She had previously been forbidden even to open a window. For the first time, she sees the outside world and makes friends with Amer, the boy next door. But Zeina feels guilty about her short-lived happiness when she sees her father, Mutaz, burst into tears at the sight of the destruction to his house and life. He hangs a bed sheet on every falling wall until their house looks like a grotesque tent. When the violence in Damascus escalates, Amer’s family decides to leave. But Zeina’s father refuses to become a refugee and tries everything to stop his family from leaving his house-improvised tent. The women in the family though have nothing more to lose and join the others who are fleeing. Zeina soon discovers that a window is now opening up to a new life for her.

Soudade Kaadan is a Syrian director, born in France. She studied theater criticism in the Higher
Institute of Dramatic Arts in Syria and filmmaking in Saint Joseph University (IESAV) Lebanon. Her films have screened at several venues nationally and internationally and have received international awards. Her first feature fiction film THE DAY I LOST MY SHADOW was awarded THE LION OF THE FUTURE award for best debut film in Venice Film Festival 2018, and the jury prize for directing at LA Festival and has been screened in several festivals: TIFF, BFI, Busan and IFFR. Her recent short film Aziza won Sundance Grand Jury Prize in 2019. Currently Soudade is working on her second feature film Nezouh.

Yu-Fai
has over 30 years of experience in film, television and stage show development, financing, production and distribution across the UK, US and Europe. His career includes roles as Managing Director of Pinewood Pictures, Chief Operating Officer of a US$350m international media fund, Co-Executive Producer at Elton John’s Rocket Pictures and Senior Vice President at Momentum Pictures (Entertainment One) as well as stints at MGM Studios and CiBy 2000 (Cine Bouygues). Yu-Fai is founder and Managing Director of Berkeley Media Group, a UK-based film and television production company with a number of projects under development with US Studios and international streaming channels. Yu-Fai has produced and financed over 40 UK and US films during his career. Notable titles include: District 9, Bronson and Oscar-nominated Blue Valentine. He has also financed US Studio slates including those for Paramount (Transformers, Mission Impossible), Lionsgate (Twilight franchise) and Sony (Jump Street). Yu-Fai’s recent credits include the Saul Dibbs’ Journey’s End, Lone Scherfig’s Their Finest and Amma Asante’s Where Hands Touch. Yu-Fai has been a BAFTA member since 2000 and currently sits on the BAFTA Film Committee.