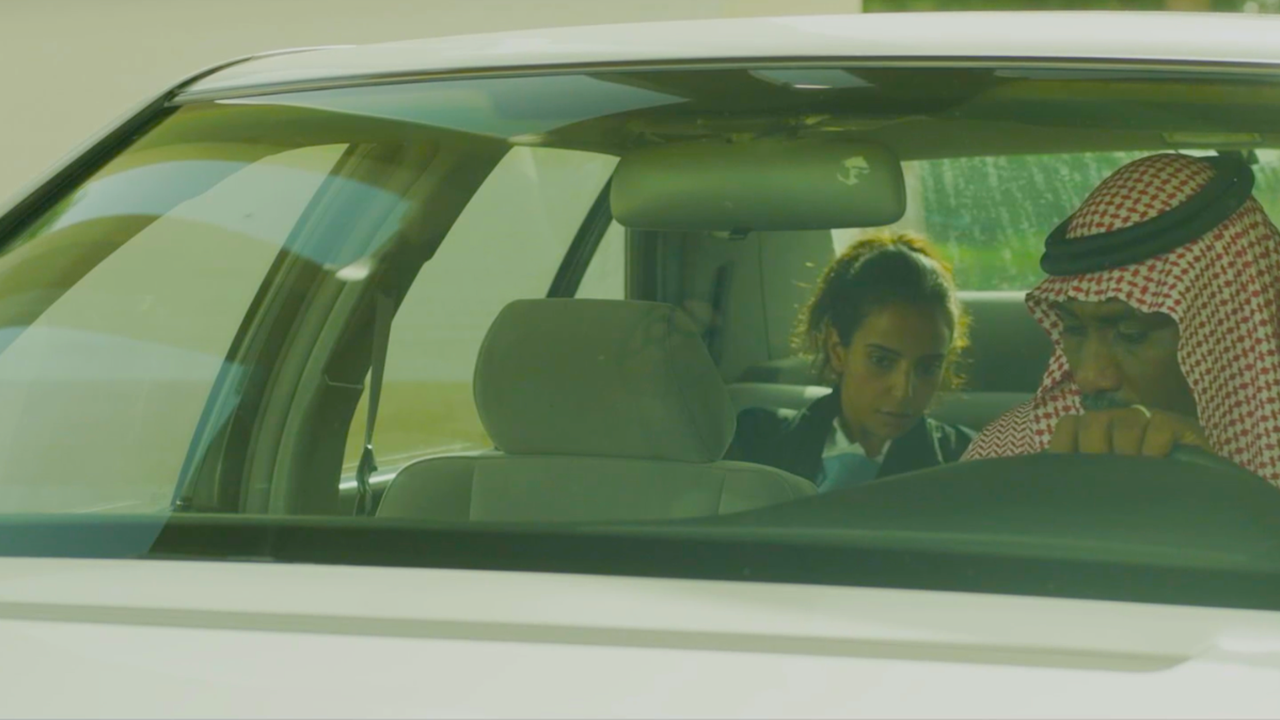 Salma, a young privileged and rebellious girl from Saudi, is born to a strict grief-stricken mother and a loving but absent workaholic father. Gamar, a young Sudanese man, left his family and moved to Jeddah to earn a living driving Salma.
My Driver & I is the story of Salma and Gamar’s relationship and how quickly it evolves from a simple master/servant dynamic to an intimate personal friendship that bonds them through her teenage years and beyond. Salma eventually realizes, possibly too late, that Gamar wasn’t just her driver, he was her best friend and she was his. The story is about independence and finding family in the most unusual places. He drives her in a car but ultimately enables her to take the wheel of her own life’s journey.

Ahd Hassan Kamel is an award-winning actress and filmmaker from Jeddah, Saudi Arabia. She is best-known for her starring role in the 2014 BAFTA-nominated film Wadjda, and for her role as Fatima in the 2018 BBC2/Netflix series Collateral.
Ahd grew up in Saudi Arabia and moved to New York City in 1998. She received a BFA in Animation & Communication from Parsons School of Design in 2014 and a Directing degree from the New York Film Academy in 2015. Ahd then went on to study Acting under the personal tutelage of William Esper at the William Esper Studio.
Ahd has written, directed and acted in her two award-winning short films, The Shoemaker ‘Al-Qondorji’ (2009) and Sanctity ‘Hurma’ (2012) – the first Saudi film to compete at the Berlinale.
Ahd was selected as a Young Global Leader in 2019 by the World Economic Forum.

Prior to founding Caspian Films, Georgie Paget worked for award-winning director Joanna Hogg on Archipelago (2010) and Exhibition (2013). She produced the internationally award-winning documentary Queens Of Syria (2014) and a theatre project in Jordan with a group of 50 Syrian refugees which went on to tour the UK in co-production with The Young Vic Theatre in 2016

« The Leftover Ladies » Life After Siham