by Mohamed Khaled
/
113 Views
No Comments 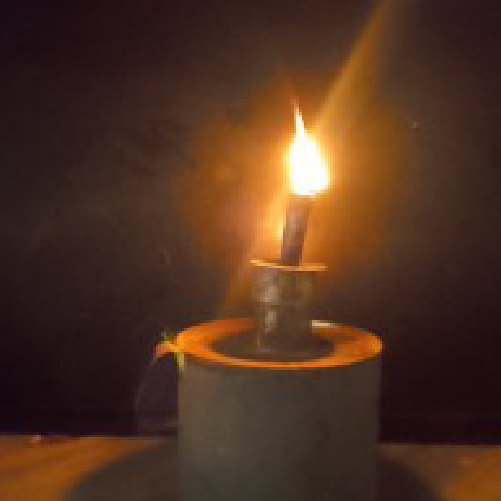 A vehicle driver, and Ameel, a mobile cinema technician, get lost in the desert. While they are following the map, gangsters attack them. Later, a group of young shepherds accompany them to their village, a village that has never seen a mobile cinema. Jameel and the driver are hosted by Ibrahim’s family, including his son Mustafa and daughter Haneena. Mustafa and Haneena suggest having a mobile cinema show in the village. A group of village people welcomes and enjoys the show and tries to benefit from the electric lamp that comes along with the mobile cinema that enlightens their village for the first time ever. Another group, led by the Sheikh, one of the chief famers, denies the newcomers and their cinema, arguing that the cinema is against the traditions and the social and religious concepts of the village. Yet these objections are actually meant to keep the village inactive and to not let the way of these new elements open people’s minds as to how they have exploited for the personal gain of others.
This experience stimulates Ibrahim’s group to continue looking after the village’s problems and concerns. The way to awaken the village starts by reopening the school that the other group had closed down, so that Ibrahim’s group would not become educated and revolt against their exploitation. Ibrahim’s group sees that it is inevitable that the girls and boys of the village shall continue their education in school.
The film works on the tense relationships in the village that are presided over by the Sheikh. He uses his power to crush and force the village people to work in his own interests and does his best to hinder the reopening of the school. Meanwhile, the girls and boys continue to support Haneena and Mustafa who graduate from this school and go on to teach the next generation of students. Jameel and the driver depart. The boys and the girls play their folktales in front of a screen where their shadows are created by the local lamps.

Mahdi El-Tayeb graduated from the College of Film Direction, High Institute for Cinema in Cairo in 1977. He specializes in TV and lectures at the Faculty of Drama and Music at Sudan University. He is also a scriptwriter, a film critic, and an SFG Executive Committee Chairperson, as well as a member of the Sudanese Environment Conservation Society. El-Tayeb’s films include Sit In (2021), Voices of Darfur (2011, requested and financed by UNICEF Sudan), Aljudiyya (2011, requested and financed by UNMID Sudan), The Children of Almatmora (2008), The Tale of Almatorat (1995), Almahatta (‘Station’, 1989, awarded many prizes in Arab, African and European film festivals), Four Times for Children (1978), and The Tomb (1977).