by Mohamed Khaled
/
130 Views
No Comments 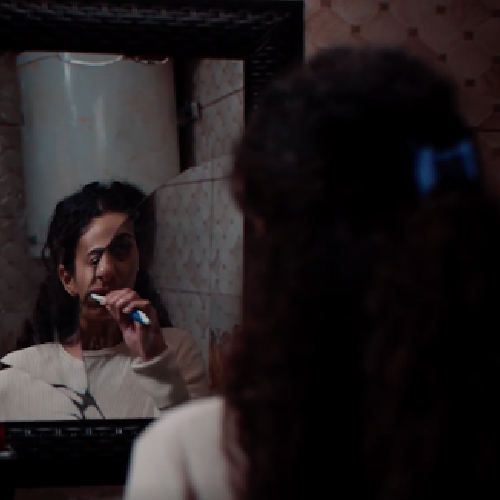 Nawal is shaken by the sudden death of her husband, but that’s nothing compared to the pain and misery that are soon to follow.

The truth is that she might lose her home to her brother-in-law Rifqi, because according to the inheritance law, if a woman doesn’t have a son then the husband’s family is entitled to most of the inheritance.

Nawal tries to keep the house, the only shelter for her and her daughter and a home in which she invested her own money. As she continues to face the threat of losing her house, she starts to lose hope and turns to deception.

In a desperate move, Nawal tells the jury at court that she is pregnant by her late husband, and that marks the beginning of her biggest nightmare yet. Although the lie was supposed to save her from the ongoing threats, she becomes more distressed as she has to face her difficult choices. Because despite traditions and her own belief, she has to get pregnant or she will lose everything, including her daughter.

Forty days is all Nawal has to process her fears, the unknown, societal pressures, cultural expectations, her beliefs, and not least her own humanity.

Amjad Al Rasheed is a Jordanian director and writer born in 1985. He holds an MFA in Cinematic Arts with a concentration on Directing and Editing and is a Berlinale Talents alumnus. His short films were nominated and awarded in Arab and international film festivals, including the very selective Film Prize of the Robert Bosch Stiftung for his last short film The Parrot. In 2016, he was selected by Screen International as one of five Arab Stars of Tomorrow, showcasing the region’s up-and-coming young talents. His debut feature film currently in post-production, Inshallah a Boy, was selected at Final Cut in Venice and won the La Biennale di Venezia Prize.

Rula Nasser
Rula Nasser is an independent Jordanian producer with extensive experience in different aspects of the production of commercials, TV series, low-budget films, all the way to big-budget studio films. Nasser founded The Imaginarium Films, which produces films that have been selected for prestigious festivals such as Cannes, Venice, Berlinale, and TIFF. Her company focuses on discovering local talents and developing appealing international stories embedded in the Arab world.

Aseel Abu Ayyash
Aseel Abu Ayyash is a Jordanian filmmaker who has worked in the film industry since 2010. After completing her graduate studies with a concentration in producing, she worked in multiple formats, including TV series, short videos, and documentaries. She produced an acclaimed one-take film called A Cold Morning in November, which was screened at the Cannes Film Festival, and in 2016 she co-produced the feature film Roads to Olympia that takes place in three different countries and was released in 2019.