by Mohamed Khaled
/
118 Views
No Comments 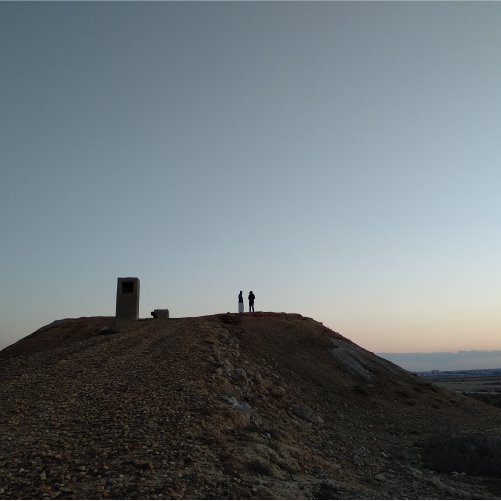 Omar is 33 years old and lives with his family in an upper-middle-class neighborhood in Alexandria. Omar’s mother, May, is a 50-year-old woman. May and Omar are verbally and physically abused by her husband and his father, Tarek. Tarek’s factory, where Omar works, is threatened by bankruptcy due to a recent feud with one of Tarek’s partners. Omar is stuck working there and suppresses his urge for self-discovery. One night, Omar arrives home to find everyone in a panic. May vanished following a burglary incident at her family’s villa where she had been staying on her own. May started living there after a recent fight with Tarek. Images from the CCTV show the burglar’s identity: It is Ali El-Garem, Omar’s high school friend with whom he had lost touch.

Ahmed El Ghoneimy is an artist, director, and cinematographer living between Cairo and Berlin. He holds a bachelor’s degree from the Faculty of Alexandria for Fine Arts. His work as a filmmaker revolves around interpersonal tensions between the different protagonists presented in his films, such as sons and fathers (Tripoli Tide, 2018), victims and perpetrators (Bahari, 2011), bullies and friends (The Cave, 2013), as well as around ideologies and those who act on them (The Promised, 2020). Alternating between fiction and documentary, his films follow associations and use moments of collision as an opportunity to investigate notions like victimhood, power, and masculinity. El Ghoneimy’s work has been screened in several exhibitions and festival contexts, including the Berlinale Film Festival, Berlin (2020), IFF Rotterdam (2011, 2013), Museum of Modern Art, New York (2013), FIDMarseille (2012), Doclisboa, Lisbon (2018), Homeworks 6, Ashkal Alwan, Beirut (2013), Künstlerhaus Bethanien, Berlin (2018) and Photo Cairo 5 (2012). El Ghoneimy was also a fellow at the Ashkal Alwan Home Workspace Program, Beirut (2016). El Ghoneimy is currently developing two feature-length projects, the fiction film Bad Friend and the documentary film Mo’men.

Youssef Shazli is the co-founder and director of Zawya Cinema & Distribution. He first joined Misr International Films in 2013 as festival coordinator of the Panorama of European Film. He launched Zawya Cinema in 2014 and Zawya Distribution in 2015, both initiatives aiming to make quality films more accessible in Egypt and the region. More recently, Shazli decided to go into film production with Bad Friend by Ahmed El Ghoneimy being his first feature as a producer. Aside from his work at Zawya, Shazli occasionally DJs and works as a music curator. He holds a BA in International Development Studies from McGill University.