by Mohamed Khaled
/
119 Views
No Comments 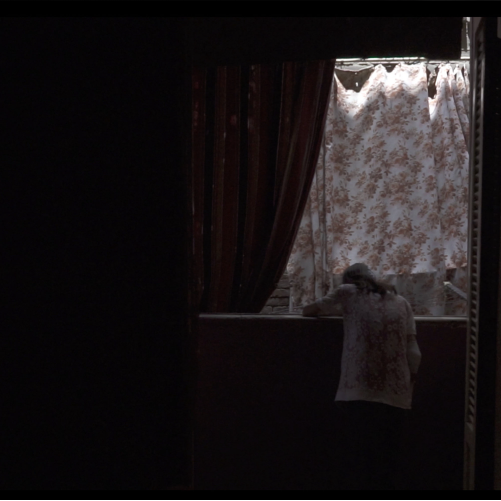 Shahd dreams of becoming a famous actress and social media influencer, and Abdelrahman wants to be a cinematographer and film director. Together, they have decided to make a short movie. Despite the difficult circumstances that surround our characters, such as complications from the dreaded disease that prevents them from filming their movie and publishing new videos and makes them lie in bed all the time, there is also the frustration that no one cares about their pictures and movie.

Their parents, however, worry they may not live long enough to achieve their goals. It is difficult for them to do simple tasks like showering or getting dressed. A small cut or blister that does not heal can lead to an infection needing hospitalization. Yet, their creative desire is strong, and they still make the most out of every day.

Shahd lives in bustling Giza and hates school. She left school in ninth grade due to bullying. She did not drop out instead, EB has delayed her puberty and Shahd is small for her age, suffering from low self-esteem. She hopes the film she is making with Abdelrahman will grow her social media following, boost her self-confidence so that one day she may return to school. In contrast, Abdelrahman is studying to finish high school and pursue his college studies in Cairo, away from his village, where everyone knows him and pities him because of his condition.

The film follows their journey by using cinema in a distinct style, portraying these young people’s challenges and small daily victories while exploring what it means to be a teenager: to live and express oneself authentically when others say you cannot.

Sally Abobasha is a Cairo-based filmmaker who tells intimate stories about everyday people. Inspired by the filmmaking process–from diving into research to the final edit–Abobasha crafts human stories with heart. She graduated with a degree in TV production from Cairo University and studied filmmaking at Hunter College in New York. Her work has been supported by the National Cinema Center of Egypt and Al-Jazeera, and her short films have received awards at international film festivals, including the Rotterdam Arab Film Festival and the Al-Jazeera Documentary Film Festival.

Talal Afifi is a Sudanese film curator and producer. He is the founder and director of the Sudan Film Factory and Sudan Independent Film Festival. He is also an active professional within the ﬁlm culture and industry in Sudan and the region. Through the Sudan Film Factory, Aﬁﬁ contributed to producing films from different genres that have found their place on the regional and international scene.